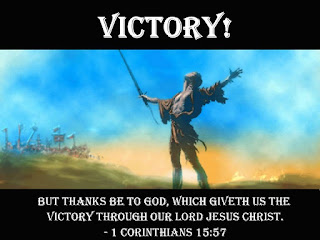 
Introduction:   How can I win the battle against the world if I can’t win the battle within myself? Paul talks of such a battle in the seventh chapter of Romans.  He then tells us how to overcome the greatest obstacle wining this battle; trying to be good.

Review
Romans 1-3 Sin: Guilty before God
Romans 3:10 As it is written, There is none righteous, no, not one:
Romans 4-5 Salvation of God
Romans 4:3 For what saith the scripture? Abraham believed God, and it was counted unto him for righteousness.
Romans 5:6-9 For when we were yet without strength, in due time Christ died for the ungodly.
For scarcely for a righteous man will one die: yet peradventure for a good man some would even dare to die.  But God commendeth his love toward us, in that, while we were yet sinners, Christ died for us. Much more then, being now justified by his blood, we shall be saved from wrath through him.
Romans 6 -8 Sanctification: Victory in God’s Power
Romans 6 is Victory over Sin Romans 6:6-7 Knowing this, that our old man is crucified with him, that the body of sin might be destroyed, that henceforth we should not serve sin. For he that is dead is freed from sin.
Today, we come to Romans 7. Victory over the Law.
At first reading it seems as though Paul is talking about salvation again.  But Paul has moved from initial sanctification, that happens at salvation to progressive sanctification which is the Christian life until we are united with Christi at death. He now warns us about a trap which sin uses to dominate me.  Paul tells us that we can become paralyzed in our Christian life, unable to do anything in our battle with sin, if we are not aware of the way the law is designed to work.

Joke: The Quaker and the Cow.  A Quaker had an ornery milk cow.  One particular morning it kept kicking over its milk pail until the quiet Quaker was about to lose his temper.  He jumped up off his stool and walked to the front of the animal, looked it square in the eyes and said, Thou knowest that I am a Quaker and cannot strike thee, but thou dost not know that I can sell thee to my brother-in-law, who is a Baptist and he will beat the devil out of thee.“