Revelation 7, The Sealing of the 144,000 and the Great White-robed Multitude 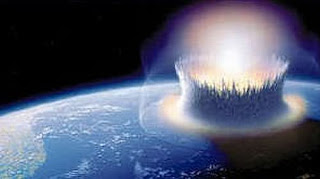 
According to verse 3, what does the sealing precede?


The sealing precedes the sounding of the trumpets which a judgment upon the earth, trees and sea.


What tribe is missing from the 12 tribes?

The tribe of Dan is missing.  Manassa, one of the sons of Joseph is in it's place.


What are these sealed ones called in relationship to God and what will be their purpose during the tribulation?

They are called the servants of God (Gk. doulos, bond-servants, slaves).  They will be the witness to proclaim the coming of the kingdom to all the earth.

9  After this I beheld, and, lo, a great multitude, which no man could number, of all nations, and kindreds, and people, and tongues, stood before the throne, and before the Lamb, clothed with white robes, and palms in their hands; 10  And cried with a loud voice, saying, Salvation to our God which sitteth upon the throne, and unto the Lamb. 11  And all the angels stood round about the throne, and about the elders and the four beasts, and fell before the throne on their faces, and worshipped God, 12 Saying, Amen: Blessing, and glory, and wisdom, and thanksgiving, and honour, and power, and might, be unto our God for ever and ever. Amen. 13  And one of the elders answered, saying unto me, What are these which are arrayed in white robes? and whence came they? 14 And I said unto him, Sir, thou knowest. And he said to me, These are they which came out of great tribulation, and have washed their robes, and made them white in the blood of the Lamb. 15 Therefore are they before the throne of God, and serve him day and night in his temple: and he that sitteth on the throne shall dwell among them. 16 They shall hunger no more, neither thirst any more; neither shall the sun light on them, nor any heat. 17 For the Lamb which is in the midst of the throne shall feed them, and shall lead them unto living fountains of waters: and God shall wipe away all tears from their eyes.


Who are these in white robes?
Those who have died for the testimony of Jesus Christ during the great tribulation.

What is the sequence in the Tribulation for this vision?
Sometime after the middle of the week.  They come out of the "great" tribulation.  Which refers specifically to the last 3 1/2 years.  (see Matt 24:21)

What assurance can we draw from the vision of the 144,000 and this innumerable multitude?

That God will always have a faithful remnant which though small will always accomplish His will.  We also see that an innumerable host of people will believe on Jesus during the tribulation, more than during any other period of history.


Revelation 8, The Sounding of the Trumpets

1 And when he had opened the seventh seal, there was silence in heaven about the space of half an hour. 2 And I saw the seven angels which stood before God; and to them were given seven trumpets. 3 And another angel came and stood at the altar, having a golden censer; and there was given unto him much incense, that he should offer it with the prayers of all saints upon the golden altar which was before the throne. 4 And the smoke of the incense, which came with the prayers of the saints, ascended up before God out of the angel's hand.  5 And the angel took the censer, and filled it with fire of the altar, and cast it into the earth: and there were voices, and thunderings, and lightnings, and an earthquake.  6 And the seven angels which had the seven trumpets prepared themselves to sound.


Why is there silence in heaven for a half an hour?
It is the silence before the storm of the increased wrath of God.

Why are trumpets used for the next series of judgments?
Trumpets were used for warning and for calling to war.  Here they warn those on earth of God's wrath and call to war the angels against those on the earth.

What is significant about the angel with the censor?
He has the role of a high priest.

What are the prayers of the saints about at this time?
Vengeance upon the earth for their deaths.  (Rev. 6:10)

What was the role of incense, smoke and the altar in the OT Tabernacle?
It was for the appeasement of God's wrath.  It ascended up into heaven and was a sweet smelling savor.

What is different about the censor, incense and altar in Rev 8?
It does not go up, it is cast down.  Instead of appeasement it is now the agent of wrath.

Are these literal or figurative judgments?
They are almost all seen in other place in the scripture as literal.  It makes sense, unless otherwise stated, to interpret them as literal here.

As horrible as these judgments are what does verse 13 tell us of the next three trumpets?
They will be even worse.  They are distinguished from the others by being called the "Three Woes."

—  One day instead of praying for forgiveness the saints will pray for vengeance and God will answer their prayers with unimaginable wrath and recompense.
—  We need to be praying now for forgiveness and be working to bring our family and friends to repentance before it is too late and God’s trumpets of judgment begin to sound.
—  And that, knowing the time, that now it is high time to awake out of sleep: for now is our salvation nearer than when we believed. The night is far spent, the day is at hand: let us therefore cast off the works of darkness, and let us put on the armour of light. Roman 13:11-12