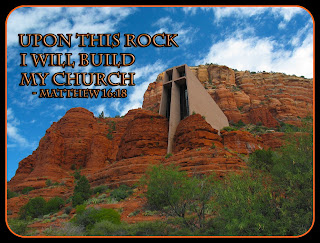 Reason 1. The Definition of the Word Translated church

The Greek word, Ekklesia is translated church in the New Testament. Strong's Concordance says ekklesia is from a compound ek and kaleo. It is translated in the Authorized version - church 115 times, assembly 3 times for a total 118 times. In the times of the New Testament it was a gathering of citizens called out from their homes into some public place, an assembly. Since it was an assembly it could only be local. The word by its definition cannot mean unassembled and scattered (universal) and at the same time mean a group of people coming together in one place (local). A word cannot have two contradictory meanings. It is either local or universal; the rules of logic prohibit it from being both and the history and definition demands that it be local only.

Reason 2. The History and Etymology of the Word Church

Ekklesia or ecclesia is a compound word formed from the words "ek" and "kaleo” meaning "out of" and "to call" respectively. In the Greek city states of the past, the word ekklesia was a group of people called out by a town crier or trumpeter to assemble for the purpose of carrying our city business.     There is an example of such an assembly (ekklesia) in Acts 19:32-39. Jesus did not create a new word, He simply took a word already in common use and made it His own, qualifying it as His ekklesia, His assembly.  (See Matthew 16:18) It was understood as a local assembly then and could not be understood as universal since something that is universal cannot be assembled and an assembly cannot be made universal the words by their definition and history are mutually exclusive. One is the opposite of the other. Something cannot be a universal and at the same time assembled. Words mean nothing if we don't hold to their accepted and logical definition.

Reason 3. The Comparison of Scripture with Scripture

Unto the church of God which is at Corinth, to them that are sanctified in Christ Jesus, called to be saints, with all that in every place call upon the name of Jesus Christ our Lord, both theirs and ours        - 1Corinthians 1:2

And all the brethren which are with me, unto the churches of Galatia: - Galatians 1:2

An examination of the 118 uses of the word ekklesia in the New Testament scriptures shows they refer directly to a local, visible assembly, ie., a group of people coming together to carry out the Lord's work in a specific location in Ephesus, Colossi, Philippi, or meeting in a house such as Philemon. Only Matthew 16:18 refers to the generic or institutional sense of the church all others refer to or were written to a local assembly. This is the simplest way to understand the church and the only way a person would see the church unless told to look for a universal church. This also agrees with the hermeneutics rule of the Analogy of Faith which states we should compare scripture with scripture, knowing that God’s Word does not contradict itself and not to let the more difficult verses reinterpret the plain and simple verses.

Reason 4. The Institutional Sense of Church

Matthew 16:18 And I say also unto thee, That thou art Peter, and upon this rock I will build my church; and the gates of hell shall not prevail against it.

The only time the word ekklesia is used in a verse which does not directly refer to a local, visible assembly it is used in an institutional sense, in Matt 16:18. To refer to the institution of the church means that once Jesus established the church it would continue to exist and grow. It refers to all true churches in existence at any one time. The failure to understand this simple and common use of the word and the attempt to combat the Catholic use of universal are the main reasons even some Baptists accept the error of the Universal, Invisible Church.

Jesus uses the word church, in this verse, in the same way a entrepreneur might use it in talking about his his new store, "I will build my business and the competition will not beat it out." Yet if you asked him to show you his business he would then take you to a local store, or several local stores. This "business" would grow into more and more stores each one in several locations, but all of them visible and local. The same is true of the church as an institution, it is a generic or abstract term which in no way contradicts or even modifies the traditional common usage of the word in the New Testament.

Though the church exists as an institution this does not mean it is something other than a local, assembly. Any time an example of the institution must be seen, that example is a local, visible body.

Reason 5: The Authority of Christ as Head of the Church

And hath put all things under his feet, and gave him to be the head over all things to the church, Which is his body, the fulness of him that filleth all in all. - Ephesians 1:22-23

But speaking the truth in love, may grow up into him in all things, which is the head, even Christ: - Ephesians 4:15

And he is the head of the body, the church: who is the beginning, the firstborn from the dead; that in all things he might have the preeminence. Colossians 1:18

The universal, invisible church is defined as all believers on the earth at any given time. The error of the universal, invisible church was begun not by an open study of scripture but more likely to oppose another error, the universal, visible church which was and is the Roman Catholic church. Protestants not wanting to be associated with the Roman Church, chose to change their understanding of a universal church from visible, (with its head the pope at Rome) to invisible (with it's head in heaven). Though this rightly denied the Pope as the head of the Lord's Church, which the Roman Catholic Church with its association with Rome never was, it still ignored the authority and autonomy of the local church with only Christ as her head, which most Protestant denominations still do. The pope was replaced with other bishops, elders, synods or presbyteries and Christ was ignored in leading the local body.

Such a belief leads to weak local churches and strong, over powering, denominational hierarchies. It denies that Jesus can and must be the head of each local assembly and replaces Him with a bishop, cardinal or council. To replace the Lord and claim His position in and over the church has and will lead to greater error and heresy.