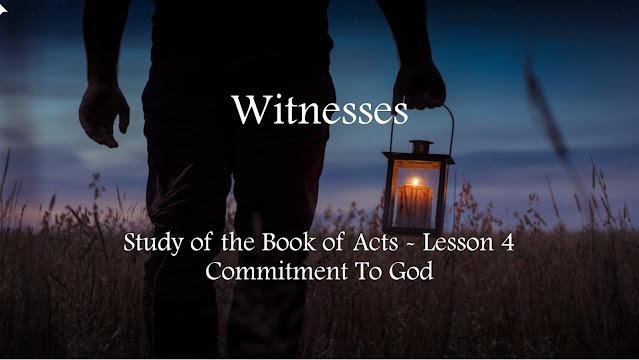 Acts 4:1-2 Why were the Sadducees grieved (annoyed) by the message of Peter and John?

The Sadducees were a division of priests who opposed the Pharisees. They especially denied they resurrection of the dead. Peter and John no preaching to a crowd of thousands about the resurrection of Jesus would have really annoyed them.

Acts 4:18 –20 Peter and John give two commitments as the reason they will not obey the orders of the Sanhedrin to cease. What are the two principles?
First, in 19, the priority of obeying God before obeying earthly authority. Second, the rule of always speaking and standing for the truth.

How can we apply the same principles when opposed today?

Our responsibility to God takes precedent over all other authority and the truth is paramount.

What opposition do Christians and the Lord’s churches face in our society today?

Mockery, threats, zoning laws, job loss and civil suits. Recently after the Supreme Court leak about Roe vs. Wade churches have been threatened and vandalized. In the past churches in San Francisco that dared speak out against homosexuality were surrounded by mobs that refused to let people enter and threw rocks through the windows after services began.

Examine this prayer in detail.

Vs. 24 First How did they begin their prayer?

By appealing in praise to the Lord as God and creator. The word for Lord used here is not the one used most often, κύριος which means superior or master, but the word, δεσπότης, despotēs; an absolute ruler, a despot. Sovereign Lord.

Vs. 25 What is the second element of the prayer?

An appeal to God’s Word. Psalm 2:1–3 Why do the heathen rage, And the people imagine a vain thing? The kings of the earth set themselves, And the rulers take counsel together, Against the Lord, and against his anointed, saying, Let us break their bands asunder, And cast away their cords from us.

God’s sovereign will and foreknowledge.

Vs. 29-30 Finally what was their request from God? What did they ask of Him?

For God to see the opposition they faced, to give them boldness, courage to “speak thy word” and for power that they might glorify Jesus Christ.

The Christians did not pray for safety or protection but that, in the face of opposition, they might be faithful in proclaiming God’s word. - Charles F. Pfeiffer and Everett Falconer Harrison, Eds., The Wycliffe Bible Commentary: New Testament, (Chicago: Moody Press, 1962), Ac 4:24.
“…they asked God to empower them to make the best use of their circumstances and to accomplish what He had already determined. This was not “fatalism” but faith in the Lord of history who has a perfect plan and is always victorious. They asked for divine enablement, not escape; - Warren W. Wiersbe, The Bible Exposition Commentary, (Wheaton, IL: Victor Books, 1996), 1:418.

Praise to God the Father, Promise of Scripture, Providence of God’s Will, and a Petition for boldness and power.

What does this prayer show about the first church's understanding about God and the salvation of souls?

He is the Lord of the Harvest.  We ask for opportunity and boldness, but He must bring people to Himself.

Notice the sequence of actions by the church in this passage?

First, they faced opposition, then they prayed, then the place was shaken, then they were filled, and finally they spoke with boldness.

Applying this passage to us today, if boldness and power to witness are missing from our church or life, what may be one of the causes?
Lack of prayer or of not praying as we ought. If we pray with no faith in God as creator, no understanding of His providence and to stop the opposition instead of strengthening us to face it, we may be ineffective in our call as witnesses.

Vs. 32-33 What was one of the major characteristics of this spirit filled first church?

Strong unity, Acts 4:32 them that believed were of one heart and of one soul.

What was an outcome of this unity?

Great power to witness and great grace. Acts 4:33 great power gave the apostles witness of the resurrection of the Lord Jesus: and great grace was upon them all. The unity also showed in that they held nothing back from their fellow believers but held all things in common. It did not belong to them but it belonged to the Lord.
Vss. 34-36 Some of the wealthier members of the church sold property and gave it to the church, (probably extra property, not the primary residences or homes) to be administered by the apostles.  How were the things that were sold shared?
According to need, Acts 4:35 distribution was made unto every man according as he had need.

Some advocate that the first church was communistic and that all things were equally redistributed, bringing all the believes into economic equality. Is this what was happening?
No. First it was a voluntary gift given to the church not the government. Second it was given for the purpose of meeting needs in the lives of those hurting in the church, not for the purpose of making all financially equal. Thirdly, it was a unique time and place for the Lord’s working through the church. No other place after this do the believers have all things in common, though they continue to meet the needs of their fellow believers.

Still the principle of having things in common with God’s people and especially our local church is sound. Though we are not commanded to sell all we have (nor were they), what things should our unity make us have in common if we are to be effective witnesses?

We should have a common vision, goals, purpose, finances within the church. A common faith, priorities in the Lord’s work, common belief in and about God’s Word and will.
All the following scriptures were written to the early church to encourage them to have this kind of unity.
Romans 12:16 Be of the same mind one toward another. Mind not high things, but condescend to men of low estate. Be not wise in your own conceits.

Romans 15:6 That ye may with one mind and one mouth glorify God, even the Father of our Lord Jesus Christ.

2 Corinthians 13:11 Finally, brethren, farewell. Be perfect, be of good comfort, be of one mind, live in peace; and the God of love and peace shall be with you.
Philippians 1:27 Only let your conversation be as it becometh the gospel of Christ: that whether I come and see you, or else be absent, I may hear of your affairs, that ye stand fast in one spirit, with one mind striving together for the faith of the gospel;
Philippians 2:2 Fulfil ye my joy, that ye be likeminded, having the same love, being of one accord, of one mind.
1 Peter 3:8 Finally, be ye all of one mind, having compassion one of another, love as brethren, be pitiful, be courteous:

Several elements of the church’s commitments in this chapter brought about the final results we read in Acts 4:33 And with great power gave the apostles witness of the resurrection of the Lord Jesus: and great grace was upon them all.
We see their commitment to faithfully serving God, speaking and standing for the truth, seeking God in prayer, and holding to a strong unity.
Reflecting on these things I should ask myself, How strong are these elements in my life and in my church. If not then what things must I do to change and to be the change in my church?
The church of Jerusalem during this period was witnessing and seeing greater results than at any other time for one church in the same time period. Much of that was accomplished by these elements within the church and at this level. It is not likely we will ever see 10s of thousand saved in a matter of a few days, but being committed to God’s service, the truth, prayer and unity are still needed if we are to be the witnesses we are called to be.

If I am committed to serving God, to standing for the truth, to  consistent and fervent prayer, and to church unity, I will be a witness.
Posted by D. Kris Minefee at 7:08 AM