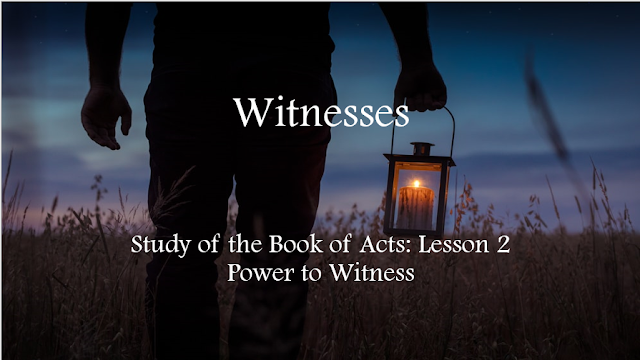 Purpose of the Study

We will study the book of Acts specifically to find and apply the means and ways by which the first church and disciples were able to literally change the world.

In Acts 1:8, Jesus told the first church, “… ye shall be witnesses unto me both in Jerusalem and in all Judaea, and in Samaria and unto the uttermost part of the earth.

This they clearly did for by the 17th chapter of Acts 17, we read, “And when they found them not, they drew Jason and certain brethren unto the rulers of the city, crying, These that have turned the world upside down are come hither also;

By the end of the first century, it is believed that every civilized country from Jerusalem to Britain to Germany and even to India and Africa had heard of Jesus Christ, who rose from the dead and promised eternal life. That message spread by ordinary people changed the world and brought salvation to billions of people who had never heard of the God of Israel. How that happened is what we want to focus our study of Actus upon.

Acts 1:1-7 The Promise of The Resurrected Christ

Read the following scriptures and note the times, places and ways in which Christ “showed himself alive by many infallible proofs”

How did each of these disciples know it was truly Jesus?

Mary Magdalene – she searched for him and listened to His voice.

The Disciples on road to Emmaus – they walked with, talked with and learned from Jesus.

The Eleven Disciples – Saw His wounds and his miracles.

Thomas – Did not let his doubts keep him from see the truth.

Paul – Recognized the light of the Lord in His life and circumstances and surrendered.

Why was it necessary, if the original church was to be witnesses for Jesus, that they knew for a certainty that He was alive?

They would be called upon to suffer, risk their lives and die for what they believed. No one would do these things if they weren’t sure of who Jesus was and that He overcame death and still lived.

The example of Peter. - John 18:15-27 And Simon Peter followed Jesus, and so did another disciple: that disciple was known unto the high priest, and went in with Jesus into the palace of the high priest. But Peter stood at the door without. Then went out that other disciple, which was known unto the high priest, and spake unto her that kept the door, and brought in Peter. Then saith the damsel that kept the door unto Peter, Art not thou also one of this man's disciples? He saith, I am not. And the servants and officers stood there, who had made a fire of coals; for it was cold: and they warmed themselves: and Peter stood with them, and warmed himself.
vs. 25 -27 And Simon Peter stood and warmed himself. They said therefore unto him, Art not thou also one of his disciples? He denied it, and said, I am not. One of the servants of the high priest, being his kinsman whose ear Peter cut off, saith, Did not I see thee in the garden with him? Peter then denied again: and immediately the cock crew.

Acts 2:22-24 Ye men of Israel, hear these words; Jesus of Nazareth, a man approved of God among you by miracles and wonders and signs, which God did by him in the midst of you, as ye yourselves also know: Him, being delivered by the determinate counsel and foreknowledge of God, ye have taken, and by wicked hands have crucified and slain: Whom God hath raised up, having loosed the pains of death: because it was not possible that he should be holden of it.

Is the reality of Jesus resurrection still important to our witness today?

Yes. For, if we do not truly believe that Jesus lives and is moving in our life and world, we will not be witnesses to what we don’t know to be true.

If the Resurrection is as real to us, as it was to those who saw it firsthand, then we will be witnesses.

How does Jesus show himself alive today?

Vs. 1:4 What was the “promise of the Father” that was so important to the apostles and the future of the church?

The gift of the Holy Spirit and the indwelling of God as given in the New Covenant (Testament.)

Is the promise still important to us today?

Yes, more than we realize.

Vs. 7 What was Jesus teaching the disciples by refusing to answer their question about restoring the kingdom?

If we believe in the omniscience, promises and providence of God, then we will be witnesses.

Vss 8-9 The Power of The Holy Spirit

When would the disciples receive power?

After the Holy Spirit came on them.

When did this happen?

On the day of Pentecost.

Is this the beginning of the church?

No, Jesus began his church during His earthly ministry. Matthew 16:18.

If this is not the beginning of the church, what is it?

The empowering of the church, just as Jesus said it would be.

What kind of power  did Jesus give us in the Holy Spirit?

The word, power, in the Greek is δύναμις /dynamis. (Our word dynamo and dynamite come from the same word.) It means inherent power, power residing in a thing by virtue of its nature, or which a person or thing exerts and puts forth.

This power of the Holy Spirit not ours naturally but only supernaturally. He is a gift from God, not a part of our natural talents or skills, though He will use or augment those.

2 Corinthians 1:21-22 Now he which stablisheth us with you in Christ, and hath anointed us, is God; Who hath also sealed us, and given the earnest (the guarantee, the down payment) of the Spirit in our hearts.

What would the power of the Holy Spirit do for the first church?

Give them what they lacked in order to be witnesses from Jerusalem to the uttermost.

Is there a difference between being a witness and trying to witness?

Yes, we are to be witnesses. It is not a matter of trying to be something.  It is a matter of believing what we actually are and then telling others our story, our testimony.

Actually, you can do nothing. The power is Him and if He dwells in you then His power will be in you as well. We must surrender, not work, in order for His power to be used in us.

1 John 2:20, 24-27 But ye have an unction (anointing) from the Holy One, and ye know all things.
24 Let that therefore abide in you, which ye have heard from the beginning. If that which ye have heard from the beginning shall remain in you, ye also shall continue in the Son, and in the Father. And this is the promise that he hath promised us, even eternal life.
These things have I written unto you concerning them that seduce you. But the anointing which ye have received of him abideth in you, and ye need not that any man teach you: but as the same anointing teacheth you of all things, and is truth, and is no lie, and even as it hath taught you, ye shall abide in him.

If we accept that we are witnesses, indwelt and empowered by the Holy Spirit, then we will witness.

Who were the “men in white?”

Angels, here as they were on the day of the Resurrection

What did their message mean to the disciples who stood watching after Jesus had ascended?

They would be comforted and motivated by the promise of His return. They would do as He commanded them, knowing He would come again just as they had seen Him ascend.

How long before the Lord returns?

It is and always has been imminent, at any time.

Think about it. - If you knew that Jesus was going to return in one hour, one day or one week, how would it affect your being a witness for Him?

If we believe that Jesus’ return is imminent and can happen at any time, then we will be witnesses.

Jesus had made every preparation needed for His disciples to carry on after He was gone. He also made every preparation needed for us to carry on after the apostles and first church were gone. Using the same power and promises they used, we are to be witnesses of who Jesus is both to us personally and in scripture. This we will do by the same Spirit’s power and anointing that was used to turn the world upside down.

1. If the Resurrection is as real to us, as it was to those who saw it firsthand, then we will be witnesses.

2. If we believe in the omniscience, promises and providence of God, then we will be witnesses.

3. If we accept that we are witnesses, indwelt and empowered by the Holy Spirit, then we will witness.

4. If we believe that Jesus’ return is imminent and can happen at any time, then we will be witnesses.