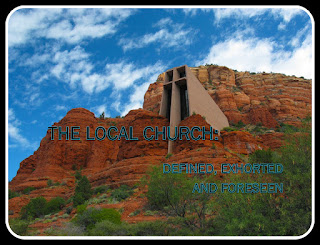 Definition of the Greek word, Ekklesia. Translated church in the New Testament.
From Strong's Concordance
1577 ekklesia from a compound of 1537 ek and a derivative of 2564 kaleo
It is tranlated in the Authorized King James Version as church 115 times, assembly 3 times for a total 118 times
1) a gathering of citizens called out from their homes into some  public place, an assembly
1a) an assembly of the people convened at the public place of the council for the purpose of deliberating
1b) the assembly of the Israelites
1c) any gathering or throng of men assembled by chance, tumultuously

Ekklesia or ecclesia is a compound word formed from the words "ek" and "kaleo"  meaning "out of" and "to call" respectively.

In the Greek city states of the past, the word ekklesia was a group of people called out by a town crier or trumpeter to assemble for the purpose of carrying our city business.
There is an example of such an assembly (ekklesia) in Acts 19:32-39.
Jesus did not create a new word when he chose it to describe his New Testament assembly.  He simply took a word already in common use and made it His own, qualifying it as His ekklesia, His assembly.  (See Matthew 16:18)

The Septuagint, (Greek translation of the Hebrew Scriptures, written in Alexandria, Egypt, in common use during Jesus time)  uses the word ekklesia to describe assemblies of the Israelites.  (See Joshua 8:35)

The word "church" used to translate ekklesia, has a different etymology.  It comes from the Scottish word "kirk" and the German word "Kirche".  Both come from the Greek word "Kuriakon" which means that which belongs to the lord.  It originally referred more to the building than to those assembled in it.

Baptists historically have believed that the church was and still is a local, visible assembly. This is opposed to a universal, invisible church which many today accept.
An examination of the N.T scriptures referring to the church shows they always refers to a local, visible assembly.  A group of people coming together to carry out the Lord's work in a specific location.

The only time the word ekklesia is used in a verse which does not directly refer to a local, visible assembly it is used in an institutional sense.  (Matt 16:18)

To refer to the institution of the church means that once Jesus established the church it would continue to exist and grow.  It refers to all true churches in existence at any one time.

Though the church exists as an institution this does not mean it is something other than a local, assembly.  Any time an example of the institution must be seen, that example is a local, visible body.

Illustration:  Jesus uses the word church in the same way a entrepreneur might say about his new store, "I will build my business and the competition will not beat it out."   Yet if you asked him to show you his business he would then take you to a local store, or several local stores.  This "business" would grow into more and more stores each on in several locations, but all of them visible and local.

The Protestants not wanting to be associated with the Roman Church, chose to change their understanding of a universal church from visible, (with it's head the pope at Rome) to invisible (with it's head in heaven).

This ignored the authority of the local church, which most Protestant denomination still do.
Such a belief leads to weak local churches and strong denominational heirarchies.  It denies that Jesus can and is the head of each local assembly and replaces Him with a bishop, cardinal or council.

The Founding of the Church.

Though the word is not used the action Jesus is taking fits the definition of an ekklesia.
Mark 3:13  And he goeth up into a mountain, and calleth [unto him] whom he would: and they came unto him.  14  And he ordained twelve, that they should be with him, and that he might send them forth to preach,

Jesus called and they came, these first twelve were a called out assembly.

Matthew 16:18  And I say also unto thee, That thou art Peter, and upon this rock I will build my church; and the gates of hell shall not prevail against it.

Jesus personally would build His church during his earthly ministry according to this verse.  To wait until after His ascension would be to leave the founding of the church to another.

The first church had preachers.
Mark 3:14  And he ordained twelve, that they should be with him, and that he might send them forth to preach

The first church had a commission.
Mark 3:15  And to have power to heal sicknesses, and to cast out devils:
Luke 10:1  After these things the Lord appointed other seventy also, and sent them two and two before his face into every city and place, whither he himself would come.

The first church had offices.
Joh 13:29 For some [of them] thought, because Judas had the  bag, that Jesus had said unto   him, Buy [those things] that we have need of against the feast; or, that he should give something to the poor.

The first church had the ordinances.
John 4:1 When therefore the Lord knew how the Pharisees had heard that Jesus made and baptized more disciples than John,  2  (Though Jesus himself baptized not, but his disciples,)
Matthew 26:26  And as they were eating, Jesus took bread, and blessed [it], and brake [it], and gave [it] to the disciples, and said, Take, eat; this is my body.  27  And he took the cup, and gave thanks, and gave [it] to them, saying, Drink ye all of it;

The first church had the Holy Spirit.
John 20:21  Then said Jesus to them again, Peace [be] unto you: as [my] Father hath sent me, even so send I you.  22  And when he had said this, he breathed on [them], and saith unto them, Receive ye the Holy Ghost:

The first church had missions.
John 4:39 And many of the Samaritans of that city believed on him for the saying of the woman, which testified, He told me all that ever I did.
Matthew 8:13  And Jesus said unto the centurion, Go thy way; and as thou hast believed, [so] be it done unto thee. And his servant was healed in the selfsame hour.
Mark 7:26 The woman was a Greek, a Syrophenician by nation; and she besought him that he would cast forth the devil out of her daughter.

Definition:  Perpetuity for the church means continual existence from the time of the church was founded until Christ comes again.

Promised in Scripture:
Matthew 16:18 And I say also unto thee, That thou art Peter, and upon this rock I will build my church; and the gates of hell shall not prevail against it.
Matthew 28:20  Teaching them to observe all things whatsoever I have commanded you: and, lo, I am with you alway, [even] unto the end of the world. Amen.

Shall not prevail against it literally means shall not have power over.  Jesus promises that His church shall not be overcome by the powers of death and Satan.  This was true because Jesus Himself , the head of the church, would overcome Satan and rise from the dead.

How can you apply this statement offensively?

Jesus promised to be with His church until the end of this the church age.

Described:  Perpetuity for the institution of the church means that there always will be local, visible assemblies called out for the Lord's work on the earth until He comes again.
Other words.

Continuity:  There is a continuous line of churches stretching from the present day back to the first church.

Means of Perpetuity
The church would perpetuate itself.  Jesus would not continue to found other churches.
The church perpetuates itself through the means of the Great Commission.
Go ye therefore, and teach all nations, baptizing them in the name of the Father, and of the Son, and of the Holy Ghost: 20  Teaching them to observe all things whatsoever I have commanded you:

The church, as built by Jesus, was a local, visible body of believers, promised by Him to never be forsaken, commissioned by Him to carry the Gospel throughout the world and time and perpetuate itself by the means of discipleship and baptism.

Jesus’ promise to us means that we are a part of the most important institution ever founded upon the earth and it deserves our dedication, support and prayers.
Posted by D. Kris Minefee at 9:52 AM