The Details of Creation Gen 2 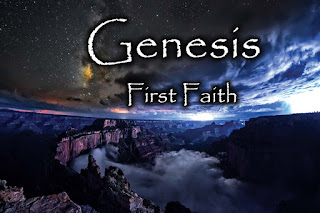 In Chapter 2 we are given the details of the week of Creation. The story now zooms into the creation of man and woman and the planting of the Garden of Eden.  The book of Genesis is a book of “firsts” and there are many in this chapter.

God finishes and then rests from the work of creation. He was not tired but simply done, resting was simply the ceasing of the creative work. The seventh day is the Sabbath day in Hebrew.

What two actions does God do to mark the seventh day?
He blessed and sanctified the seventh day, ie, He made it an holy day, set aside for the special purpose of rest from labor and worship of the creator.

The First Man and Woman

Does chapter 2 contradict chapter 1, because Adam is created alone and then Eve created afterward?

No, the second chapter gives the story (the generations) of God’s creation of man.  Chapter 1 gives a broad outline while Chapter 2 centers on the creation of Adam and Eve. Chapter 2 is the zooming in of the story of creation of man and woman. More details are not contradictory just a further revelation.

Vs. 5. Does this verse, which states that there was no plant of the field and every herb before it grew mean that God waited to create plants until after man was created?
No, this is not “creation” but “planting.” Chpt 2 describes the plants of the field and herbs of the field that God would have planted in the Garden of Eden, which would take place at the hand of Adam who would do this as his work in the Garden.

Vs. 7 How does this account deny evolution or theist evolution?
God created man separately from the dust and breathed into his nostrils the breath of life.  He did not come from the animals but from the elements of the earth and the breath of God.

What is the composition of man according Genesis?
Material and immaterial, corporal and incorporeal, body and spirit.

Do these verses contradict the creation of plants before in chapter 1?
No once again they simply show God creating a special garden for man.  In this garden, he choose special plants to grow for man. It is not the creation but the planting and selection of the plants.

Vs. 15 What was man’s original purpose?
To dress and keep the garden of Eden, by doing so he would be serving God.

Vs. 16-17 Why did God plant The Tree Of Knowledge Of Good And Evil in the garden with man?
If man was created in God’s image then he must have free will.  Without a choice there is no real free will.  The tree would also teach man the difference between good (obedience to God’s will) and evil (disobedience to God’s will).  According to God’s plan man would learn good first through obedience.  Evil would be recognized but not experienced.  When man disobeyed he learned evil firsthand and could now only know good afar off.

Vs. 18 What does the name Adam mean?
Adam is the Hebrew word for man/mankind.

Adam names the animals, showing he had language and knowledge. He was created as a fully functioning human being with the skills and knowledge needed to care for the Garden and its animals.

Why did Adam need a help meet?
Man created in God’s image was not meant to be alone and to be able to fulfill the purpose of procreation that he was created for.

What is a help meet?
Literally means a help like him,  a helper made like Adam. Someone like Adam but who would fulfill and complete him. That the two would be one.

Why were the animals brought before Adam to be named?
These were also to be helpers of Adam , cattle to till, the earth, etc. but they were not “meet” (like) him.

Why was woman formed from man’s rib instead of the dust of the earth?
To show the relationship and unity between man and woman in marriage. Woman came from man and is to be protected and cared for by man while submitting to his authority in the marriage relationship.

Vs. 22 What does woman mean?
Woman literally means a female man.

Vs. 24 Explain using the terms below, the ways a man and a woman must leave their family?
Emotionally- Their first priority is love and loyalty be to each other before their extended family
Physically- There must be enough of a separation from the original family to allow the man to take his proper place as husband and the woman as wife.
Authority- The husband and wife are now in a relationship that is separate from their parents.  The man who was in subjection to his mother must now lead his own home.  The wife who was in subjection to her father is now in subjection to her husband.

What does “one flesh” signify?
A union of two into one.  It is a physical union as experienced in the sexual relationship but it is also a spiritual union.  A union which melds emotions, dreams, aspirations and minds from two people into a single institution the family.

The second chapter of Genesis gives us several firsts in the history of mankind, as such they are fundamental to society and civilization. The first Sabbath establishes a day of rest and worship which we still need to practice today. The first man establishes man as the only creation made in God’s own image, made to choose and made to serve. The first marriage establishes the union of man and woman as God’s plan and the only pattern stable enough to build society upon.
Upon these “firsts” western civilization and especially the Judeo-Christian nations have risen and prospered. As these firsts are being ignored and even mocked those same society and nations are teetering on the edge of anarchy and social breakdown.
Posted by D. Kris Minefee at 12:31 PM