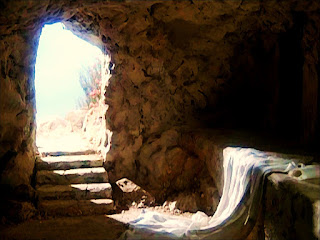 Mary Magdalene comes with Mary the mother of James and Salome. John doesn’t mention them but Matthew does. Is this a contradiction?
No, John centers his story on Mary as she was the first to see Jesus. The others along with Mary saw the empty tomb, she quickly went to find John and Peter. The other women went into the tomb and saw the angel(s) and then they went back to tell the apostles the message the angels had given them. Mary Magdalene found Peter and John first and returned with them to the tomb. After seeing the empty tomb Peter and John left, but she seemed to stay behind saw the angels and then the Lord. Shortly after the Lord appeared to the other women and confirmed the message of the angels to tell the apostles to go to Galilee and wait for Jesus.

In this passage who is “that other disciple?”
Once again it is John, who often referred to himself this way.

The three words for see or saw in these verses are different words in the Greek.
blepei: Vs. 5 A mere partial viewing of the burial spot form the entrance to the tomb.
theorei: Vs. 6 beholding something, looking close, examining it.
eiden: Vs. 8  perceiving to the point of belief.

Vs. 11-18  Why doesn’t Mary react to the angels or recognize Jesus when he first speaks to her?
Shock and deep grief may have prevented her from seeing what would be obvious in a normal situation.

What finally causes Mary to recognize Jesus?
She hears him when He calls her name.

Explain why Jesus told Mary, “touch me not?”
The phrase should be understood as “don’t cling to me.”  Jesus was not going to continue living on the earth.  His relationship with Mary and the other disciples would no longer involve his physical presence.

What authority did Jesus give them?
The authority to forgive or retain the sins of others.

How is this authority administered?
Through the gospel, which is given to all conditionally.  If they accept the gospel their sins are forgiven if they reject it their sins remain.

Thomas was absent at the first appearance and did not accept the testimony of the others.  When Jesus appeared the second time, what was Thomas reaction?
He believed, even without having to touch the scars.  His statement, “My Lord and My God” is one of the strongest in scripture.

Vs. 29 What does Jesus say about faith and signs after Thomas’ confession?
Those who believe without seeing are blessed.  A greater faith and therefore a greater blessing for those who could not see Jesus.

Vs. 30-31 What is the purpose of John only recording the certain miracles of Jesus?
To cause belief without seeing to those who followed.

The Post-Resurrection Appearances of Christ

John 21 Jesus With the Apostles Beside The Sea 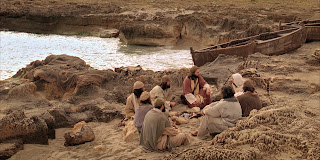 The Draught of Fish

Why did Peter go fishing?
Perhaps he needed to provide for his family or maybe just something to fill the time while waiting as Jesus had instructed.

Was Peter giving up and going back to his old job of being a fisherman?
There doesn’t seem to be anything to make us think he was abandoning the ministry and returning to fishing.

Could there be a purpose in Jesus repeating the miracle of the draught of fish? (Luke 5:5-9)
Perhaps, to reveal Himself and perhaps to show He would still supply the need of his followers.

Peter’s three questions, answers and commands.
What question does Jesus ask Peter 3 times?
Lovest thou me?  Do you love me?

What is Peter’s answer?
Yes, Lord I love thee.

Why is Peter grieved when Jesus asks him the third time?
The first two times Jesus asked, “Lovest thou me?” he used the Greek word agape (sacrificial love, self-giving love).  The third time he asked he used the word phileo (brotherly love, reciprocal love)

What was Jesus referring to when he asked, Lovest thou me more than these?
He was probably referring to the family and friends of Peter there with him.

Why would Jesus ask Peter this question 3 times?
It is the same number of times Peter denied Jesus.

What was the purpose of bringing Peter to grief in questioning his love for Christ?
It was to lead Peter to an awareness of his weakness and brokenness.  He could not agape (sacrificially love) Jesus, he could only love as much as a man could love.  When Jesus questioned even this love, Peter broke and appealed to Jesus alone.  “Thou knowest all things, thou knowest that I love thee.”

What was Jesus telling Peter to do by giving him these commands?
Peter was to be the pastor after Jesus ascended.  He needed to be commissioned or ordained, especially in front of the other apostles.

Peter and John
Who was the disciple that followed Peter and Jesus?
John who still does not identify himself in the text.

Why did Peter ask about him?
This was the beloved apostle, the closest to Jesus throughout his ministry and Jesus had not spoken of him.

Jesus says if John was allowed to live till Jesus returned that was of no concern to Peter.  Could this also be a prophecy concerning John?  How?
It may be a hint of John’s witnessing the revelation of Jesus on the isle of Patmos.

How does the last verse summarize John’s viewpoint of his relationship with Jesus Christ?
He could not record all that Jesus did or all that he was.  Jesus transcends any book or record ever written of him.

What can the story of Jesus’ miracle of the fish teach us as servants of the Lord?

What does the story of Peter’s questions teach us about being fit to serve?

The resurrection of Jesus and his appearance to Mary, the apostle and the other disciples proved that Jesus truly was the son of God, God in the flesh and the only way of salvation by defeating sin, death and the grave. It stands as the central point of all time and history. With the resurrection, the time of Christ upon the earth was finished and the work of the next several thousand years was begun. We are the recipients of the experiences, accounts and even the mistakes of those who walked, talked and experience Christ while on the earth. We must strive to take full advantage of all that we have been blessed with and continue to faithfully serve, witness and walk with our risen Savior.