The Feasts of the Lord: Lesson 2: The Passover

The Feasts of the Lord: Lesson 2: The Passover 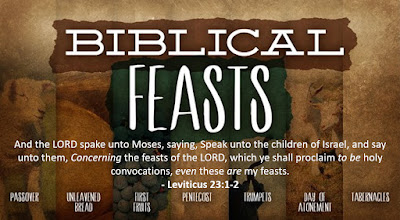 In the Bible a type or foreshadowing is an Old Testament person, place, event or thing that is a symbolic prophecy. The word foreshadow comes from the idea the person, place, event or thing is cast forward like a shadow of the fulfillment of the type. The fulfillment is called the antitype. Typology is the study of this category of prophecy and is a proof of God’s omniscience. Foreshadowing and types are synonymous, though to me a type refers to a person, or symbol while foreshadowing concerns events.

Leviticus 23:5 In the fourteenth day of the first month at even is the LORD'S Passover.

Exodus 12:3-14 3  Speak ye unto all the congregation of Israel, saying, In the tenth day of this month they shall take to them every man a lamb, according to the house of their fathers, a lamb for an house: 4  And if the household be too little for the lamb, let him and his neighbour next unto his house take it according to the number of the souls; every man according to his eating shall make your count for the lamb. 5  Your lamb shall be without blemish, a male of the first year: ye shall take it out from the sheep, or from the goats: 6  And ye shall keep it up until the fourteenth day of the same month: and the whole assembly of the congregation of Israel shall kill it in the evening. 7  And they shall take of the blood, and strike it on the two side posts and on the upper door post of the houses, wherein they shall eat it. 8  And they shall eat the flesh in that night, roast with fire, and unleavened bread; and with bitter herbs they shall eat it. 9  Eat not of it raw, nor sodden at all with water, but roast with fire; his head with his legs, and with the purtenance thereof. 10  And ye shall let nothing of it remain until the morning; and that which remaineth of it until the morning ye shall burn with fire. 11  And thus shall ye eat it; with your loins girded, your shoes on your feet, and your staff in your hand; and ye shall eat it in haste: it is the LORD'S passover. 12  For I will pass through the land of Egypt this night, and will smite all the firstborn in the land of Egypt, both man and beast; and against all the gods of Egypt I will execute judgment: I am the LORD. 13  And the blood shall be to you for a token upon the houses where ye are: and when I see the blood, I will pass over you, and the plague shall not be upon you to destroy you, when I smite the land of Egypt. 14  And this day shall be unto you for a memorial; and ye shall keep it a feast to the LORD throughout your generations; ye shall keep it a feast by an ordinance for ever.

The feast of Passover is so named because God would cause the Death Angel who carried the last plague of Egypt, the death of the first born, to “pass over” the homes that had placed the blood on the side posts and the lintel of the home where they would eat the sacrificed lamb.

Exodus 12:7 And they shall take of the blood, and strike it on the two side posts and on the upper door post of the houses, wherein they shall eat it.  ....12  For I will pass through the land of Egypt this night, and will smite all the firstborn in the land of Egypt, both man and beast; and against all the gods of Egypt I will execute judgment: I am the LORD. 13  And the blood shall be to you for a token upon the houses where ye are: and when I see the blood, I will pass over you, and the plague shall not be upon you to destroy you, when I smite the land of Egypt.

The Slain Lamb, A Type of Jesus Christ

Abraham was told by God to take Isaac his only son and sacrifice him as they journeyed Isaac asked his father, “Where is the lamb?” Abraham’s answer was that God himself would provide a lamb. This was a prophecy first fulfilled when the angel of God stopped the hand of Abraham as before he could slay Isaac and there was found a ram caught in a thicket. God had provided himself a lamb, the second fulfillment of Abraham’s answer was not a symbol but the true lamb of God, Jesus His own son.

John 1:29 The next day John seeth Jesus coming unto him, and saith, Behold the Lamb of God, which taketh away the sin of the world.

John 1:36 And looking upon Jesus as he walked, he saith, Behold the Lamb of God!
In the Book of John when Jesus came to the Jordan to be baptized by his cousin John the Baptist, John upon see him calls out, “Behold the Lamb of God, which taketh away the sin of the world. The next day when John again sees Jesus he turns to some of his disciples and tells them, “Look, the Lamb of God.” This was their dismissal from following John and their transfer to following Jesus. They went from being disciples of the forerunner to disciples of the fulfillment of the type of the lamb.

Revelation 5:6  And I beheld, and, lo, in the midst of the throne and of the four beasts, and in the midst of the elders, stood a Lamb as it had been slain, having seven horns and seven eyes, which are the seven Spirits of God sent forth into all the earth.

Finally, in the last book of the Bible, Revelation when the seven sealed book is seen in the hand of God the father and the cry goes out for someone to open the book, only one if found worthy, the Lamb that was slain. Once again, a disciple is told, “Look, the Lion of the tribe of Judah, the Root of David, hath prevailed to open the book, and to loose the seven seals thereof. Revelation 5:5
From Genesis to Revelation, from the type to the antitype, from the prophecy to the fulfillment, Jesus was the Lamb of God.
When the nation of Israel would gather in Jerusalem to celebrate the Passover, they were celebrating the coming Messiah, who would be sacrificed for their sin. They misunderstood the prophecy and the symbol and rejected Jesus of Nazareth, and in that rejection they delivered Him to the Romans who crucified Him on the cross, shedding His blood fulfilling the original foreshadowing of the blood on the lintel and the doorpost.

Just as the lamb was roasted with fire, Jesus suffered and was beaten before his crucifixion.
Just as those in the house partook of the lamb so must we “Drink his blood and eat his flesh” as Jesus said in John 6 if we are to be saved.

Just as the paschal lamb’s blood, sprinkled on the doorposts of the home, kept death from the homes of the Hebrew so Jesus’ shed blood sprinkled on our heart and soul, protects us from the wrath of God.
And just as the Passover delivered Israel from the slavery of Egypt and fear of death by the wrath of God, so Jesus the Lamb of God delivers us from the slavery of sin and the fear of eternal death.
In first Passover, it would have been easy to see who was a believer and who was not. Who had taken protection under the blood and who was denied the promise of God.

Today we can’t see the blood sprinkled on our hearts but the reality of believing in the promises of God is still the same and the penalty for not believing is even worse, eternally worse.

The Lord’s Supper and the Passover

Jesus showed that He was the antitype, the fulfillment of the foreshadowing.

1 Corinthians 5:7 Purge out therefore the old leaven, that ye may be a new lump, as ye are unleavened. For even Christ our passover is sacrificed for us:

The Symbolism of The Passover

The Passover lamb was symbolic of the Lamb of God, Jesus Christ. He would be the sacrifice of God that would deliver those who believe in Him from the wrath of God. As the innocent lamb was slain and its blood marked the homes of those who believed God’s promise, the true lamb of God, Jesus would be slain and His blood would cover our sin and be the token that would cause the wrath of God to pass over us.

There is no stronger, clearer picture in the Old Testament of Jesus as our Savior than that in the Passover. Jesus, who when He was seen by John the Baptist, John called out, “Behold, the lamb of God that taketh away the sin of the world.”

As the slain lamb of Exodus delivered the Hebrews, the lamb of God delivers us, but just like the Hebrews, the blood must be applied. If we do not take Jesus as our salvation lamb then we cannot be saved and will suffer the full punishment of God’s wrath upon sin.

Take the blood, shed for you, and by faith sprinkle it upon the doorpost and lintel of your heart. Accept the mercy of God before the Angel of Death passes over you.