Life WITH Christ: Walking With Those Who Walked Close To Him

Life WITH Christ:
Walking With Those Who Walked With Him 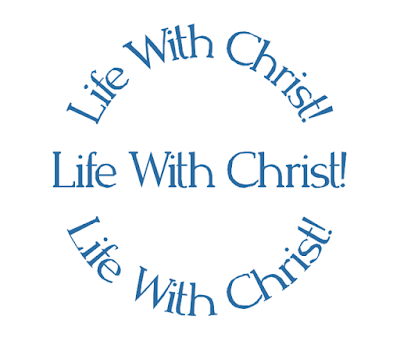 Introduction:  Life With Christ will be a study of Christ and the people he met and influenced.  We will concentrate on those who met Jesus and were able to share a personal, private encounter or a time in the home or fellowship around a meal.  Hopefully we will be able to see ourselves in the actions and reactions of these people as the sat in the presence of God's own son.

6.  Woman brought before Jesus, the adulteress.

7.  Mary the learner, Martha the servant.

Each lesson will be divided into 4 sections.  The first section will be a timeline showing the location of the lesson in the 3 1/2 years ministry of Christ.  The second section will be a map of the country or town where Jesus was.  The third section will list parallel passages and provide a harmony of the gospels for deeper study.  The fourth section will contain the actual lesson with areas of discussion and applications to our own lives. 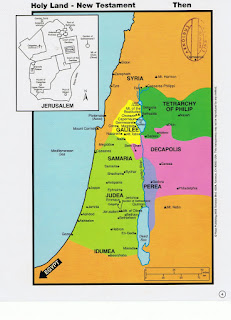 The Prophecies of Christ.

The story of Jesus doesn’t start in the New Testament. It begins with the first verse of the Bible and the specific details of his birth, life and death were foretold in over Old Testament

Peter Stoner in "Science Speaks" says that the odds of  just 8 prophecies being fulfilled by chance is 1017.  To visualize that number it would be like covering the state of Texas in silver dollars 2 feet thick.  If  we marked one silver dollar, threw it out into the state somewhere, mixed all the silver dollars, blindfolded a man and told him to walk out somewhere between El Paso and Texarkana, Brownsville and Amarillo and pick only that marked silver dollar that would be the same odds of someone by chance fulfilling only 8 of the prophecies concerning the Messiah.

The Lifestyle of Christ time.

The following is taken from Jensen's Survey of the New  Testament by Moody Press.

A Palestinian town or city- walls, gates, towers, narrow streets, and busy marketplaces; location of a city, preferably on an elevated site, such as Jerusalem on Mount Zion; fields an grazing plots outside the city limits.

Houses- average size of houses of the common people; one room, roofs constructed of beams overlaid with reeds, bushes, and grass; earthen floors; mud-brick walls; few windows on the street side; fireplace on the floor in the middle of the room; furnishings: mats and cushions, chairs and stools, storage chest, lampstand, handmill for grinding grain, cooking utensils, goatskin bottles, broom.

Foods- barley and wheat bread, oil, buttermilk, cheese, fruits, vegetables, grain, honey; eggs, meat, and poultry were eaten, but not regularly, fish was a major food in the cities around the Sea of Galilee; generally, the people ate two meals a day: breakfast, and late dinner about 5pm.

Education: Jewish children educated mainly by their parents: Hebrew religion and Scripture, reading and writing, practical skills: advanced training for leaders: such as in schools of the prophets, and by tutors.

Worship- worship by the Jewish family in each home: called worship meetings in public areas; Temple worship in Jerusalem: regular participation by residents of the vicinity: participation at the annual religious feasts by Israelites from far and near.

Travel- usually in groups, for the sake of safety; mode: most often by animals, sometimes by foot; meals: lunch brought along, as the main source ; overnight lodging: at homes, sometimes inns.

(How do the living conditions of Christ's time compare with ours.  Where are there similarities and where are the differences?  Why is it important to note these in our study of Christ?  When dealing with people what things never change, no matter what the land or times?)

The land of Christ's time. 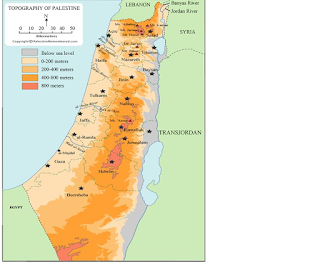 The land of Palestine is distinguished by six major types of country.

2.  Lowlands.  Some fertile land and some cities in this land that begins the ascent toward the Hill country.

3.  Hill Country, these are the hills that run parallel to the coast and contain most of the cities of the New Testament times.  The major travel routes were through these hills or through the Jordan valley.

4.  Rift Valley, runs the entire length of the area from north to south, it averages about ten miles wide.  In the center of the valley is the Jordan river at the north end the Sea of Galilee and at the south the Dead Sea.

6.   Plateau.  Used mostly for cattle and sheep grazing, it ranges from grassy table lands in the north to desert in the south.

Over the course of the next few weeks, my hope is that we can place ourselves in the land of Jesus birth, at the time of his life and walk with those who walked with Him. By focusing on the personal relationship and intimate conversation Jesus had with these individual, I believe we can better see ourselves as we walk with Him today.