Being Baptist Lesson 2 - The First Church and Early Corruption 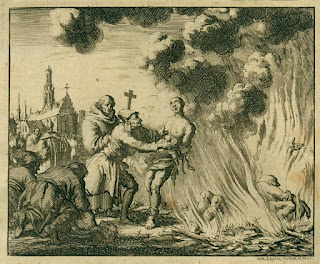 The Founding of the Church

Though the word is not used, the action Jesus is taking fits the definition of an ekklesia, a local called out assembly.

Mark 3:13 And he goeth up into a mountain, and calleth [unto him] whom he would: and they came unto him.  14  And he ordained twelve, that they should be with him, and that he might send them forth to preach,

Jesus called and they came, these first twelve were a called-out assembly.

Matthew 16:18 And I say also unto thee, That thou art Peter, and upon this rock I will build my church; and the gates of hell shall not prevail against it.
Jesus personally would build His church during his earthly ministry according to this verse.  To wait until after His ascension would be to leave the founding of the church to another.

The First Church Was a Fully Functioning Church

The first church had preachers.

Mark 3:14 And he ordained twelve, that they should be with him, and that he might send them forth to preach

The first church had a commission.

Mark 3:15 And to have power to heal sicknesses, and to cast out devils:

Luke 10:1 After these things the Lord appointed other seventy also, and sent them two and two before his face into every city and place, whither he himself would come.

The first church had offices.
Joh 13:29 For some of them thought, because Judas had the bag, that Jesus had said unto him, Buy those things that we have need of against the feast; or, that he should give something to the poor.

The first church had the ordinances.

John 4:1-2 When therefore the Lord knew how the Pharisees had heard that Jesus made and baptized more disciples than John, (Though Jesus himself baptized not, but his disciples,)

The first church had the Holy Spirit.

John 20:21-22 Then said Jesus to them again, Peace be unto you: as my Father hath sent me, even so send I you.  And when he had said this, he breathed on [them], and saith unto them, Receive ye the Holy Ghost:

The first church had missions.

John 4:39 And many of the Samaritans of that city believed on him for the saying of the woman, which testified, He told me all that ever I did.

Matthew 8:13 And Jesus said unto the centurion, Go thy way; and as thou hast believed, [so] be it done unto thee. And his servant was healed in the selfsame hour.

Mark 7:26 The woman was a Greek, a Syrophenician by nation; and she besought him that he would cast forth the devil out of her daughter.

The churches, though persecuted, were admired for some by their willingness to die for their beliefs and their simplicity of life.

Many secretly became Christians and met in secret for fear of the Jews and Romans.

“It is a bad world, Donatus, an incredibly bad world. But I have discovered in the midst of it a quiet and good people who have learned the great secret of life. They have found a joy and wisdom which is a thousand times better than any of the pleasures of our sinful life. They are despised and persecuted, but they care not. They are masters of their souls. They have overcome the world. These people, Donatus, are Christians. . . and I am one of them.” - Cyprian

The pursuit of gaiety, entertainment and recreation were viewed as improper in the life of "sober" saints.

A sharp division between those who understood salvation purely of grace and election and those who believe baptism was also necessary. The first divisions occur over Baptismal Regeneration.

This heresy teaches you must be baptized in order to be saved.

What the Bible teaches about Salvation

Ephesians 2:8-10 For by grace are ye saved through faith; and that not of yourselves: it is the gift of God:  Not of works, lest any man should boast.  For we are his workmanship, created in Christ Jesus unto good works, which God hath before ordained that we should walk in them.

Titus 3:5 Not by works of righteousness which we have done, but according to his mercy he saved us, by the washing of regeneration, and renewing of the Holy Ghost;

John 5:24 Verily, verily, I say unto you, He that heareth my word, and believeth on him that sent me, hath everlasting life, and shall not come into condemnation; but is passed from death unto life.

What the Bible teaches about Baptism

Romans 6:3-5 Know ye not, that so many of us as were baptized into Jesus Christ were baptized into his death? Therefore we are buried with him by baptism into death: that like as Christ was raised up from the dead by the glory of the Father, even so we also should walk in newness of life.  For if we have been planted together in the likeness of his death, we shall be also in the likeness of his resurrection:

1 Corinthians 1:17 For Christ sent me not to baptize, but to preach the gospel: not with wisdom of words, lest the cross of Christ should be made of none effect.

The Bible plainly teaches that Baptism is a symbol, a likeness, that shows the gospel. It is the gospel that saves, not the symbol.

The Loss of Believers Baptism

Due to the doctrinal error of baptismal regeneration, it slowly becomes the great rite of Christianity. Forms and rituals, which defined paganism was now being applied to Christianity. Faith and repentance were being replaced with a act or a work.

The Baptismal regenerationalist believed that since baptism was necessary for salvation then of course infants who might die before they were old enough to understand faith, must be baptized.

This heresy in turn led to the conclusion that anyone who would deny baptism to infants had to be stopped in order to assure infants would be saved by baptism.

Charlemagne in 789 AD issued a law that all in Europe would be baptized along with their children. (pg. 33 AHOTB)

The Loss of Baptism by Immersion

Again, due to the lie that baptism was necessary to salvation it also became imperative to be able to administer it to any that were sick and might die before receiving the sacrament by immersion.

Those too sick to be moved to a place of "much water" were allowed to have water poured upon them.  This was called affusion.

The first such recorded case was Novatian in 250 AD. (see page 37 in AHOTB)

Later affusion gave way to sprinkling for infants as it was more convenient. Though in the Greek Orthodox Catholic church infants are still immersed.

A slow steady erosion of local church authority. Individual pastors (bishops) assumed rights and authority not granted to them by Scripture over other churches

3 John 1:9-11 I wrote unto the church: but Diotrephes, who loveth to have the preeminence among them, receiveth us not.  Wherefore, if I come, I will remember his deeds which he doeth, prating against us with malicious words: and not content therewith, neither doth he himself receive the brethren, and forbiddeth them that would, and casteth them out of the church.  Beloved, follow not that which is evil, but that which is good. He that doeth good is of God: but he that doeth evil hath not seen God.

Revelation 2:6  But this thou hast, that thou hatest the deeds of the Nicolaitans, (ruling over) which I also hate.

Revelation 2:15-16 So hast thou also them that hold the doctrine of the Nicolaitans, which thing I hate.  Repent; or else I will come unto thee quickly, and will fight against them with the sword of my mouth.

Smaller struggling churches sought help and protection from larger churches and gave up their autonomy in exchange.

There was now a constant tendency toward centralization, until Rome, the political center of the world, becomes the religious center as well.

Constantine is called the first “Christian” emperor. He by command married the Christian church to the Roman government and made the growing Christian sect legal and powerful.

Constantine I or Constantine the Great, 288?–337 (r.310–337), was born at Naissus (now Niš, Yugoslavia), the son of Constantius I and Helena. When Constantius died at York in 306, his soldiers proclaimed Constantine emperor, but much rivalry for the vacated office ensued. Before the battle at the Milvian or Mulvian Bridge near Rome in 312, Constantine, who was already sympathetic toward Christianity, is said to have seen in the sky a flaming cross as the sign by which he would conquer. He adopted the cross and was victorious. (The Concise Columbia Encyclopedia)

Constantine in 312 AD claims to have seen a vision in the sky of a luminous cross bearing the words In hoc signo vinces (By this sign thou shalt conquer). He will adopt the words as a motto. (The American Heritage® Dictionary of the English Language, Third Edition copyright)

It would now be a crime against the state to dissent with the "Christian religion." A.T. Christian says the first blood of heretics shed by a Christian ruler was by Maximus in 385 AD.  This murder was approved by the “bishops” in Rome.  The real Christian churches would never condone any murder, much less fellow Christians.  (AHOTB pg. 41)

There were others who claimed the title of Pope before him, but Gregory begins the line of absolute Mediaeval popes.

All churches now must swear allegiance and submit to the head of the Church at Rome or face persecution, torture and death.

It was only a matter of a few decades before Satan began to corrupt the early church. His greatest tools then and now were those who claimed to be Christians but disregarded the plain teaching of scripture, especially the doctrines of salvation by grace and baptism of believers by immersion only.

These two essential beliefs would form the battle ground for the true church and ultimately would cost millions and millions of true disciples of Christ their lives, families and peace. This persecution would be carried out in the name of a christ who was not the real Christ but actually Satan deceiving the weak, greedy and ambitious of the Roman Empire.
Posted by D. Kris Minefee at 6:44 AM