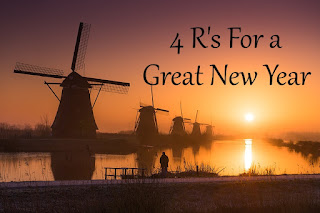 The Christian does everything by the "Book." It is our only rule of faith and practice.  Since so much depends upon it, we need absolute confidence in it.

Reliability Of The Bible

(From "Evidence that Demands a Verdict" by Josh McDowell.)

The Bible is Unique in its Continuity.
It was written over 1,500 year time span, Over 40 generations, by 40 different authors, in 3 different languages. (Hebrew, Aramaic and Greek.) On 3 different continents, (Africa, Asia, Europe.) Yet it speaks with one voice, the voice of God.

Unique in its Circulation.
To print every Bible, New Testament and individual portion of the Bible, published up to 1974, one printer would have to produce: 1 copy every 3 seconds, 20 copies every minute, 1,200 copies every hour, 28,800 copies every day, 10.5 million copies every year nonstop for 245 years.  That's enough pages of scripture to circle the globe 1,000 times.
Unique in its Translations.
First major book to be translated into another language, Hebrew to Greek, in 250 BC called the Septuagint. The Bible has been translated into more than 2000 languages, over 95% of all the earth's languages.

Unique in Survival, Preservation
No other ancient writing has more documentary evidence than the Bible.

Revelation is the communication of truth that cannot be otherwise discovered, inspiration is how that truth is recorded.

Intuition: a superior insight on the part of the natural man into moral and religious truth.
Illumination: an intensifying and elevation of the religious perceptions of the believer.
Dynamic: God supplied the enabling need for the trustworthy transmission of the truth in matters of faith and practice.
Dictation: the writers of scripture were secretaries who recorded God's exact words.
Guidance: the Holy Spirit guided the authors of scripture even in the employment of the words used, and preserved them from all error and omission.

"It is essentially 'guidance'.  That is, the Holy Spirit supervised the selection of the materials to be used and the words to be employed in writing.  (He) finally, preserved the authors from all error and omission.  We have, therefore, in the Bible the verbally inspired Word of God." -Henry Thiesen in Lectures in Systematic Theology.

Timothy 3:16 Scripture is inspired, and we need nothing else.
1 Peter 1:10-11 Writers recorded what they didn't fully understand.
2 Peter 1:21 Writers were moved, empowered by the Holy Spirit.
Revelation 1:1 Writers reported on what they saw.

" Whenever the Bible writers allude to themselves, they invariably say that their words are not their own but that they come from God.  God used their facilities, traits and abilities.  Some write that God put words in their mouth; others that God directed them to use their own words to convey what God had transmitted unto them. .. but all are unanimous in declaring that their writings came direct from God and that God simply used them as agents... ." -  W A Criswell

Confirmation of the Bible

The Bible, like God. does not need to be confirmed or proven, it is true no matter what I can or cannot prove.  Still there is ample evidence to show time and again that the Bible is absolutely without error or omission.

Jericho was destroyed by Joshua and the invading Israelite armies in Joshua 6:20.  The city of Jericho was excavated in 1930-36.  They found the wall had fallen down flat just as the Bible had said.

The Five Cities of the Plain are recorded in Genesis 14.  These were considered fictitious until the discovery of the Kingdom of Elba site which not only mentions the cities but even lists them in the same order on clay tablets 1000 years before Moses wrote Genesis.

Ninevah was the capital city of the Assyrian Empire.  It was excavated in 1846.  They found the palace of Sennacerchib and an account of his conquest of Judea which matched the Biblical account.

Peter Stoner in his book Science Speaks says that "the probability of someone fulfilling just 8 of the messianic prophecies is 1 in 1 in 1017   or 1 in 100000000000000000.  To better illustrate it, "if we take 1017 Silver dollars and lay them on the face of Texas.  They will cover all of the state two feet deep.  Now mark one of these silver dollars and stir the whole mass thoroughly, all over the state.  Blindfold a man and tell him that he can travel as far as he wishes, but he must pick up one silver dollar and say that this is the right one." Remember that this is only 8 prophecies, there are actually over 300 prophecies that Jesus fulfilled during his time on earth.
Bible Study Basics
Prepare your heart.
Pray for an open mind
Pray for a spirit of discovery
Pray for God to speak to you through His word.

Remember the rules.
Follow customary usage of language.
Commit no historical-cultural blunders.
Make Christ central in all interpretations.
Be conscious of context.
Interpret by the analogy of faith.
Recognize the progress of revelation.
Grant one interpretation to each passage.
Choose the simplest alternative.
Daily Bible Reading Plans

Beginners, read a chapter or two a day starting with:
The Gospel of John
Paul's letter to The Ephesians
The Book of Genesis by Moses
Psalms written by David and others

Read the Bible through this year.
Read 1 chapter from the New Testament & Read 3 chapters from the Old Testament (1111 chapters by 365 days)