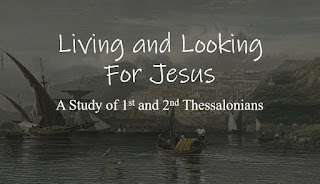 1. For yourselves, brethren, know our entrance in unto you, that it was not in vain:  2  But even after that we had suffered before, and were shamefully entreated, as ye know, at Philippi, we were bold in our God to speak unto you the gospel of God with much contention.  3  For our exhortation was not of deceit, nor of uncleanness, nor in guile:  4  But as we were allowed of God to be put in trust with the gospel, even so we speak; not as pleasing men, but God, which trieth our hearts.  5  For neither at any time used we flattering words, as ye know, nor a cloke of covetousness; God is witness:  6  Nor of men sought we glory, neither of you, nor yet of others, when we might have been burdensome, as the apostles of Christ.

He was bold, in the face of opposition. He did not flatter with his words, was not guilty of deceit trying to take from them. He didn’t try to seek men’s glory and chose not to be a burden to them.

7. But we were gentle among you, even as a nurse cherisheth her children: 8  So being affectionately desirous of you, we were willing to have imparted unto you, not the gospel of God only, but also our own souls, because ye were dear unto us.   9  For ye remember, brethren, our labour and travail: for labouring night and day, because we would not be chargeable unto any of you, we preached unto you the gospel of God.   10  Ye [are] witnesses, and God [also], how holily and justly and unblameably we behaved ourselves among you that believe:   11  As ye know how we exhorted and comforted and charged every one of you, as a father [doth] his children,   12  That ye would walk worthy of God, who hath called you unto his kingdom and glory.

What was Paul's relationship with the Thessalonians?
He describe it is as being like a mother-nurse (one who nurses her own children) and also like a father.

What would these two descriptions call to mind?
The tenderness Paul had for the church much as a mother’s care for her children, and the feeling of responsibility he felt in teaching and training the church like a father instructing a growing child.

Vs. 9  For ye remember, brethren, our labour and travail: for labouring night and day, because we would not be chargeable unto any of you, we preached unto you the gospel of God
What was Paul speaking of in this verse?
Paul reminds them that while he was with them, he worked a job, in order that he did not to take any money from the Thessalonians.
Why did Paul sometimes take money and other times did not?
Circumstances dictated his actions. If his reputation was at risk he would receive nothing, yet he always indicated his right to do so.

Vs. 12  That ye would walk worthy of God, who hath called you unto his kingdom and glory.

What are the three words which describe Paul's role as a father in vs. 12?
Exhorted, comforted and charged.

How do these compare?  How do they contrast?
He motivated them, he also consoled them and finally he commissioned them to do the work.

What was the purpose of Paul teaching and training of the Thessalonians church?

That they would walk worthily of God who had called them into His kingdom and glory.

13. For this cause also thank we God without ceasing, because, when ye received the word of God which ye heard of us, ye received [it] not [as] the word of men, but as it is in truth, the word of God, which effectually worketh also in you that believe.   14  For ye, brethren, became followers of the churches of God which in Judaea are in Christ Jesus: for ye also have suffered like things of your own countrymen, even as they [have] of the Jews:   15  Who both killed the Lord Jesus, and their own prophets, and have persecuted us; and they please not God, and are contrary to all men:   16  Forbidding us to speak to the Gentiles that they might be saved, to fill up their sins alway: for the wrath is come upon them to the uttermost.

Note the repeated use of the word received in vs 13.

The first use of the word deals with giving something a hearing, while the second means  accepting it in their hearts.  They are actually two different Greek words;  Ye received it so (paralabontes) and accepted or welcomed it (edexasthe) so.

In what way did the Thessalonians become followers (imitators) of the churches in Judea?

Both had suffered persecution from their own countrymen.

What is significant about the use of the plural word “churches?”
Paul had no concept of a universal church. An invisible body that encompassed all churches as one. To Paul, all the local assemblies belonged to and were headed by Christ individually, whereever they were at. Not only was there no need for a hierarchy, it would have been impossible to implement and would have gravely hindered the growth of the churches.

Paul, talking about those who hinder the Gospel to the Gentiles, says, “the wrath is come upon them to the uttermost?”

He is speaking of the Jewish authorities, which persecuted the prophets and the churches of God. They were damned to eternal punishment from God.

These would have been the same people who had committed the unpardonable sin of making the works of the Holy Spirit, the works of Satan.

17. But we, brethren, being taken from you for a short time in presence, not in heart, endeavoured the more abundantly to see your face with great desire. 18  Wherefore we would have come unto you, even I Paul, once and again; but Satan hindered us.  19  For what [is] our hope, or joy, or crown of rejoicing? [Are] not even ye in the presence of our Lord Jesus Christ at his coming? 20  For ye are our glory and joy

How does Paul feel about his absence from the Thessalonians?

He misses them and wishes to be with them but has been hindered by events, circumstance and/or persecutions.

What is Paul's hope, joy and crown?

The Thessalonian Church and its members are what brings joy to Paul and make up part of his reward. He especially glories in their being with Christ when Christ returns to rule and reign on the earth..

3:1. Wherefore when we could no longer forbear, we thought it good to be left at Athens alone; 2  And sent Timotheus, our brother, and minister of God, and our fellowlabourer in the gospel of Christ, to establish you, and to comfort you concerning your faith: 3  That no man should be moved by these afflictions: for yourselves know that we are appointed thereunto. 4  For verily, when we were with you, we told you before that we should suffer tribulation; even as it came to pass, and ye know.  5  For this cause, when I could no longer forbear, I sent to know your faith, lest by some means the tempter have tempted you, and our labour be in vain.

Paul sends Timothy to check on the welfare of the church, because he is worried about them. How is Timothy described in this passage.

A brother, a minister of God and fellowlaborer, a comforter and strengthener. Exactly the kind of person you would call on in a time of trouble.

What was Paul’s purpose in sending Timothy to the Thessalonians?

He was to comfort and strengthen them during their tribulations and trials.

Vs 5. What was Paul’s concern? Who is the tempter?

His concern was that some had been tempted, tried by Satan and had fallen away from the church.

What would make Paul's labor to be in vain, or worthless?

If some of the Thessalonians had left the faith due to their suffering and temptation by Satan.

6. But now when Timotheus came from you unto us, and brought us good tidings of your faith and charity, and that ye have good remembrance of us always, desiring greatly to see us, as we also [to see] you:  7  Therefore, brethren, we were comforted over you in all our affliction and distress by your faith:  8  For now we live, if ye stand fast in the Lord.  9  For what thanks can we render to God again for you, for all the joy wherewith we joy for your sakes before our God;  10  Night and day praying exceedingly that we might see your face, and might perfect that which is lacking in your faith?

Vs 6-7 tells us the outcome of Timothy's ministry and report from the Thessalonians. What did Timothy tell Paul?

He brought back a good report, they were staying faithful and showing the love of Christ.
They were also continuous in praying for Paul, wanting to see him again.

Vs. 8  For now we live, if ye stand fast in the Lord.
How does verse 8 show the depth of Paul's concern?

It says he can now live again because they are standing steady in their relationship with the Lord.

9-10  For what thanks can we render to God again for you, for all the joy wherewith we joy for your sakes before our God; Night and day praying exceedingly that we might see your face, and might perfect that which is lacking in your faith?

What is Paul's praying for on behalf of the Thessalonians?

He gives thanks again for the joy they have given him.
He prays fervently that they (Paul and his team) would be able to see them in person.
He prays to be able to continue to preach and teach them, that there will be nothing lacking in their faith and understanding.

11. Now God himself and our Father, and our Lord Jesus Christ, direct our way unto you. 12  And the Lord make you to increase and abound in love one toward another, and toward all [men], even as we [do] toward you: 13  To the end he may stablish your hearts unblameable in holiness before God, even our Father, at the coming of our Lord Jesus Christ with all his saints.

Paul finishes his prayer by asking God to "direct" him to the Thessalonians. What does the word direct mean?

The word means to straighten or smooth the path.  Paul was asking for God to remove the obstacles between him and the Thessalonians.

Finally, Paul ask God to grow and mature the Thessalonians. In what areas was Paul seeking God’s help in growing the church? What would this accomplish?

He prays they would increase and abound in love toward each other and all men, because this would establish their hearts as unblameable in holiness before God the Father when the Lord Jesus Christ returns with all his saints.

List all of Paul's requests on behalf of the Thessalonians in 3:10-13.

That Paul might see their face,
Might perfect that which is lacking.
That God, and Jesus Christ would direct our way to you.
That they would increase in love one toward another and toward all men.
That God may establish their hearts unblameable in holiness before God, at Jesus' coming.

This portion of Paul’s letter is meant to tell the church how much Paul loves them and wished he could be with them. He prays for them always and always prays that he could be with them again. He also prays for their growth as Christians, their progressive sanctification. That progress to be seen in their increasing and abound in love internally, toward each other and externally, toward all they come in contact with.
I can think of no greater lesson to take with us from this study than to pray the same, “Oh Lord, grow us that we may increase and abound in love, first with our brothers and sister in Christ but then also with those who do not even know Him or know that we love them through Him.