Psalms 23 Christians: Lesson 6 To the Tablelands

Thou preparest a table before me in the presence of mine enemies: thou anointest my head with oil; my cup runneth over. 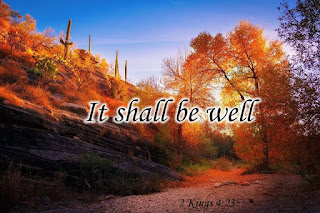 Thou preparest a table

In our last lesson we listened as David, reflected on the life of sheep and relationship with the shepherd they traveled  from the winter feeding grounds through the dark valleys towards the cool high mountain pastures. The journey was dangerous yet it was also the time when the sheep and the shepherd grew closer, as the sheep drew close to the shepherd for comfort and protection.

Now in verse 5 the valley trip is over, the flock has ascended to the high mountain pastures and now they look out upon the "table" spread before him.

Phillip Keller write, "So it may be seen that what David referred to as a table was actually the entire high summer range.

Though these may have been remote and hard to reach, the  energetic and aggressive sheep owner takes the time and trouble to ready them  for the arrival of his flocks.

Early in the season, even  before all the snow has been melted by spring sunshine, he will go ahead and make  preliminary survey trips into this rough, wild country.  He will look it over with great care, keeping ever in mind its best use for his flock during the coming season.

Then just before the sheep arrive he will make another expedition or two to prepare the tableland for them.  He takes  along a supply of salt and minerals to be distributed over the range at strategic spots for the benefit of the sheep during the summer. The intelligent, careful manager will also decide well ahead of time where his camps will be located so the sheep have the best bed grounds. He goes over the range carefully to determine how vigorous the grass and upland vegetation is. At this time he decides whether some glades and basins can be used only lightly whereas other slopes and meadows may be grazed more heavily.

He will check to see if there are poisonous weeds appearing, and if so, he will plan his grazing program to avoid them, or take drastic steps to eradicate them."

Stephen Haboush also writes of this same verse, "What, then, is the "table" that: the sheep speaks about? It is the pasture ground that the Shepherd prepares for his sheep in advance of their coming.

And what are the "enemies?" The foxes, wolves, bears, and serpents. Palestine being a mountainous country, the wild beasts have not even yet been entirely destroyed.

Shepherds must contend with the wild beasts in protecting their sheep, as I can testify from personal experience. What did I do when I saw a wolf coming to attack the sheep that belonged to me? How did I feel when I saw a wolf? The queerest sensation would run up and down my spine. I think the hair on my head would stand up,. but though fright froze me and tremors shook me, I never yielded to the wolf a single inch of the ground that I stood on. I would call my two dogs, pat them on the back, and tell them to charge. They usually would sense and see the wolf before I would and they would give me timely warning. They would set up a fierce barking and angry swishing of their tails as soon as they perceived the lurking danger. These dogs were father and son. Seeing the wolf, the younger dog would rush ahead and entice the wolf away from the rocks and boulders to an open space.  When he had succeeded in this the fight began. Thereupon the older dog would run around them in corkscrew fashion, with the speed of a racehorse, all the time coming closer to the wolf in the center. The older dog continued his circular run until he had reached the point of vantage he was after. Then he stopped quite suddenly. A thrilling sight as he stood there, ready for the decisive leap! Every muscle of his body was strained to a superlative effort. The muscles became so knotted that you could see them bulge on neck, shoulders, and legs. What a friend such a faithful dog is in a crisis such as I am describing! From his youth he had been a friend.  Many a time he protected me. There have been occasions when but for him my life would have been at the mercy of some prowling beasts. And once more he was ready to do the utmost for me now that he stood alone between those fangs and the lives of those, including  myself, in his care, Now the supreme moment had come, the moment that should determine whether he would live or give his life in the struggle.

It was  the climax of the occasion, the crisis of the battle that moment when he strained his every muscle for the stupendous leap. As he stood there ready for the leap, I watched him tense with emotion. Upon his efforts depended the safety of the flock and perhaps my own life. Spellbound, I awaited the moment that was to bring the decision. How the eyes of our defender  gleamed! Like a twin torch they signaled defiance to the marauding denizen of the wild. The open jaws disclosed teeth as sharp as needles. A last bark, short, shrill, sharp, and with a sure leap he landed on the body of the foe. With unerring instinct he found the artery that harbored the life blood of the beast, and the next moment it lay on its side, forever deprived of power to prowl and prey. Need I point out that it was a joy to me to watch such a struggle and to witness such a victory. All honor to the faithful dogs!"

Jesus, our Shepherd, made preparations for us

Just as the real shepherds above and David, Our shepherd has made preparations for us.  Read John 14:1-5 to see some of these.

Jesus said, “I go to prepare a place for you.” Where was Jesus going immediately after this night?
He was going to be Mt. Calvary and the cross to be crucified in our place

Considering the crucifixion that Jesus had in mind, how did He prepare us a place?
By His death on the cross, he paid the price for our sin,  and then through His resurrection He proved His power over sin.

What is meant by a place and many mansions, that Jesus prepared for us by His sacrifice?
A dwelling place not really a mansion.  (See John 14:23 same word "mone" in Greek is here translated abode.) We are to abide with Jesus forever this is much better than any mansion could ever be.

Are there other preparations which God has made for my "table?"
The Bible, the church, family, friends, health this list is endless.

Thou anointest my head

At this time, in the high mountain ranges, summer is in it's fullest bloom.  There is plenty of forage in the pasture prepared by the shepherd. Yet it is at this very time that the sheep often are plagued by small but annoying problems.  If these irritants are not dealt with the sheep become discontent and unhappy.

Both Keller and Haboush speak of oil that is carried by the shepherd to anoint the sheep during this time.  The oil is used to heal wounds, skin diseases and also to ward off insects from the sheep's nose and eyes.    The shepherds care of his sheep this way prevents their become too annoyed and upset to forage or rest.

The Comfort of the Holy Spirit

The Lord’s care of us as His sheep also involves dealing with those things which can irritate, annoy and even hurt us by preventing us from feeding and resting.

What does this passage tell me about how God will deal with the irritants in life?
He will send the comforter to indwell me.

Who is the Comforter?
The Holy Spirit.

What is the Greek word for comforter and what does it mean?
The Greek word is paraclete and it means comforter, strengthener, advocate.  Literally it means "one called alongside to help."

Look at only a few of the ways the Holy Spirit helps us.

The Bible clearly and emphatically tells us that the Holy Spirit indwells us and me as the Bible says and I still find myself irritated, anxious and worred so much that I cannot rest or feed from God’s word, What could be the problem?  How could the following scripture relate?

My cup runneth over.

Stephan Haboush has an interesting story that explains the meaning of "my cup runneth over."
In your familiarity with the Psalm, have you ever gotten any meaning from the above statement? Having its origin in the East, let us see what light can be had therefrom. Let me tell you a story from which I hope you will get the meaning of "my cup runneth over."

A pilgrim, having a very dear and intimate friend in a distant country, visits him. Upon his arrival, this pilgrim, though in a strange land, finds the gates and doors of the palace of his friend open and the friend standing expectantly with open arms to welcome him to his bosom. The pilgrim is refreshed wonderfully; the dust of the long and tedious journey is washed away, and he is made to feel at home. He did not dream of The wealth or of the great possessions of his friend, or of the beauty that he saw in every nook and corner of the magnificent palace. Years before by way of accident he had made the acquaintance of this friend but he had had no idea that the latter had such wonderful possessions. The modesty and the spirit of humility and the unusual graciousness of this friend upon their first meeting led the pilgrim to believe that he was poorer than himself. But now his eyes were open to the greatness of this wonderful friend. Every conceivable thing was lavished on the pilgrim. From the hour of his rising to the hour of his slumber he was entertained royally, for nothing was left undone to make his stay the richest experience of his life.  Every wish, and every want was fulfilled. The time of parting came. The pilgrim was to return to the land of his home.

How will he express his appreciation to his wonderful host? If he offered gold and silver his friend would feel insulted, for he was vastly richer than the pilgrim. Would the mere words  "thank you" or "much obliged" be sufficient to express his sincere appreciation of the wonderful hospitality? How, then, should he express his gratitude? The pilgrim, while visiting his friend, learned many strange customs. Time after time there came to his ears this expression: "Mamnonok-Kateerang." But what did it mean? Every time this was said by a departing guest there came a look of complete gratification upon the face of his friend and host. Upon inquiring, he learned it was the supreme expression of appreciation among true friends in the East: "My cup runneth over."

In the above story Jesus is our host and we would be the guest. All we can say as thanks is "My cup runneth over!"


We as guests at the table our shepherd has prepared should be overwhelmed by the graciousness and generosity of our shepherd.  Read the following verses and list the blessing or gift which is ours through Jesus Christ.