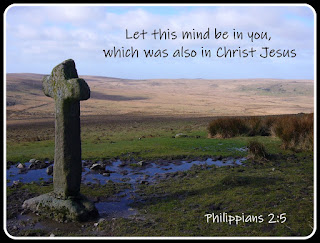 1:27-30 Citizenship duties of the Kingdom

Only let your conversation be as it becometh the gospel of Christ: that whether I come and see you, or else be absent, I may hear of your affairs, that ye stand fast in one spirit, with one mind striving together for the faith of the gospel; And in nothing terrified by your adversaries: which is to them an evident token of perdition, but to you of salvation, and that of God. For unto you it is given in the behalf of Christ, not only to believe on him, but also to suffer for his sake;

The word translated conversation is the word politeuo in the original. We derive our English word political and politics from this word. It is not the usual word Paul uses when talking about lifestyle and behavior. This word deals with the behavior of an individual under the responsibility of a group. Let’s consider why Paul might have chosen this word.

What group did the Philippians belong to?
The church, those who were under the authority and commandments of the Gospel of Christ.  They were also citizens of Heaven, of the Kingdom of God.

What were some of the requirements as citizens of the Kingdom?
Unity, dedication, working together.
No fear of their enemies.  To believe on Him and suffer for Him.

Having the Mind of Christ

2:1-8 Humility and Sacrifice Philippians
If there be therefore any consolation in Christ, if any comfort of love, if any fellowship of the Spirit, if any bowels and mercies,  Fulfil ye my joy, that ye be likeminded, having the same love, being of one accord, of one mind.  Let nothing be done through strife or vainglory; but in lowliness of mind let each esteem other better than themselves. Look not every man on his own things, but every man also on the things of others. Let this mind be in you, which was also in Christ Jesus:   Who, being in the form of God, thought it not robbery to be equal with God: But made himself of no reputation, and took upon him the form of a servant, and was made in the likeness of men: And being found in fashion as a man, he humbled himself, and became obedient unto death, even the death of the cross.

There are five requests in this section that Paul makes to the church what are they?
1. Fulfill my joy
2. Let nothing be done through vainglory (self-interest)
3. Let each esteem others better than themselves
4. Look not upon your own things, but the things of others
5. Let the mind of Christ be in you.

Paul uses several phrases to make the Philippians realize how important what he will say is. What are those phrases? Why are they powerful persuaders?
Consolation in Christ, comfort of Love, fellowship of the Spirit, bowels and mercies (tender feelings of the heart) Fulfill my joy.
Paul reaches down to the depths of the Christian experience and uses these undeniable realities of the Christian experience to establish the importance of what he will ask.

2:5 When Paul speaks of the “mind” of Christ, what is the mind he is talking about?
An attitude, understanding or heart, as fits the translation, a way of thinking.

2:7 The Emptying of Christ

Paul now use Jesus Christ as an example of how the Philippians should be. This passage is called the Kenosis of Christ. It means the “emptying of Christ.”

2:7 But made himself of no reputation (Gk ekenosen, emptied himself), and took upon him the form of a servant, and was made in the likeness of men:

Of what did Christ empty himself?
Of his heavenly glory, He put off his omnipresence and omniscience unless needed.  He put off His power and glory in order become like us and to die for us.

What did Christ not empty Himself of?
His deity, He was still fully God.

With Jesus as the example what are we to do in regards to others?
We are to empty ourselves. No matter who or what we are we must set that aside and look out for others and not ourselves.  We must become and take on the nature of a servant even as Jesus did.  This can only be done through true humility.

Wherefore God also hath highly exalted him, and given him a name which is above every name:  That at the name of Jesus every knee should bow, of things in heaven, and things in earth, and things under the earth;  And that every tongue should confess that Jesus Christ is Lord, to the glory of God the Father.

What is the result of Jesus’ humiliation?
God has exalted Him, given Him a name above all names.

What occurs when the name which Jesus has been given is revealed?
All creation will worship Him and acknowledge Him as rightful Lord and King.

When will this take place?
Revelation 19:11-16 - And I saw heaven opened, and behold a white horse; and he that sat upon him was called Faithful and True, and in righteousness he doth judge and make war.   His eyes were as a flame of fire, and on his head were many crowns; and he had a name written, that no man knew, but he himself.  And he was clothed with a vesture dipped in blood: and his name is called The Word of God.  And the armies which were in heaven followed him upon white horses, clothed in fine linen, white and clean.  And out of his mouth goeth a sharp sword, that with it he should smite the nations: and he shall rule them with a rod of iron: and he treadeth the winepress of the fierceness and wrath of Almighty God.  And he hath on his vesture and on his thigh a name written, KING OF KINGS, AND LORD OF LORDS.

How is the phrase “Jesus Christ is Lord” a creed for the Christian?
It expresses both the beginning of our faith and its final goal.  To know Jesus as Lord is the beginning of salvation it is also that which daily challenges me to submit more of myself and know Him as Lord in every area of my life.

Wherefore, my beloved, as ye have always obeyed, not as in my presence only, but now much more in my absence, work out your own salvation with fear and trembling. For it is God which worketh in you both to will and to do of his good pleasure. Do all things without murmurings and disputings: That ye may be blameless and harmless, the sons of God, without rebuke, in the midst of a crooked and perverse nation, among whom ye shine as lights in the world;  Holding forth the word of life; that I may rejoice in the day of Christ, that I have not run in vain, neither laboured in vain.

In verses 12 and 13 Paul employees a play on words, what is it?
He tells them to work out their salvation, for God works in them.

What does he mean by “work out” your salvation?
The Greek word means to “carry it out to the goal, to the ultimate conclusion.” He is telling them to live so others can see, who and what they are on the inside. The things he has just talked about. He is not talking about working for salvation.

What is the means of this outward working? What is its power source?
God working in you both the desire and the ability to perform His will.

What are the result in Vs. 15 and 16 of this working out?
They will be blameless and harmless before those in the world. They will shine as lights holding forth the word of life
Paul will rejoice looking forward to his reward, knowing his life and work counted.

How is Paul an example of his own teaching?
He is willing to be offered up in the same way the Philippians are demonstrating.  The word refers to an offering that is poured out, like the OT drink offerings.  Showing Paul’s willingness to be used up even to the point of a violent death.

2:19-24 Timothy
But I trust in the Lord Jesus to send Timotheus shortly unto you, that I also may be of good comfort, when I know your state.  For I have no man likeminded, who will naturally care for your state. For all seek their own, not the things which are Jesus Christ's. But ye know the proof of him, that, as a son with the father, he hath served with me in the gospel. Him therefore I hope to send presently, so soon as I shall see how it will go with me. But I trust in the Lord that I also myself shall come shortly.

Timothy - Personal name meaning, “honoring God.” Friend and trusted coworker of Paul. When Timothy was a child, his mother Eunice and his grandmother Lois taught him the Scriptures (2 Tim. 1:5; 3:15). A native of Lystra, he may have been converted on Paul’s first missionary journey (Acts 14:6-23). Paul referred to Timothy as his child in the faith (1 Cor. 4:17; 1 Tim. 1:2; 2 Tim. 1:2). This probably means that Paul was instrumental in Timothy’s conversion. When Paul came to Lystra on his second journey, Timothy was a disciple who was well-respected by the believers (Acts 16:1-2). Paul asked Timothy to accompany him. Timothy’s father was a Greek, and Timothy had not been circumcised. Because they would be ministering to many Jews and because Timothy’s mother was Jewish, Paul had Timothy circumcised (Acts 16:3).

How is Timothy an example?
He will naturally care for your state

Yet I supposed it necessary to send to you Epaphroditus, my brother, and companion in labour, and fellowsoldier, but your messenger, and he that ministered to my wants. For he longed after you all, and was full of heaviness, because that ye had heard that he had been sick.   For indeed he was sick nigh unto death: but God had mercy on him; and not on him only, but on me also, lest I should have sorrow upon sorrow. I sent him therefore the more carefully, that, when ye see him again, ye may rejoice, and that I may be the less sorrowful. Receive him therefore in the Lord with all gladness; and hold such in reputation: Because for the work of Christ he was nigh unto death, not regarding his life, to supply your lack of service toward me.

A friend and fellow worker of Paul and the apostle (Phil. 2:25). He had delivered to Paul a gift from the church at Philippi while the apostle was in prison. While he was with Paul, Epaphroditus became seriously ill. After his recovery, Paul sent him back to Philippi, urging the church there to receive him “with all gladness” (Phil 2:29). The name Epaphroditus was common in the first century Greek-speaking world. - Holman Bible Dictionary.

What actions in the life of Epaphroditus make him an example?
Ministered to Paul, love toward the Philippians, For the work of Christ he was near death, not regarding his life, to supply your service toward me.

Of all the Christian characteristics, like love, faith, or boldness, Paul chooses one in this chapter for the Philippians to emulate, humility.  He shows that it was this quality of Christ that made Him come to earth and give His life on the cross. Yet this quality is rarely seen as a desired quality in Christians in our society, often it is exactly the opposite. This is perhaps indicative of much that is wrong with modern Christianity. May it not never be indicative of who we are.
Posted by D. Kris Minefee at 5:21 AM