I Know It’s a Sin, But Is It Really That Bad? 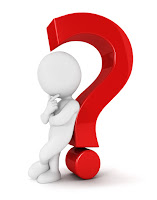 Purpose: This study will be an attempt to deal with the modern idea that some “sins” as defined in the Old Testament may have been technically sins, but that with the coming of the New Testament or just with the changing of time and societal norms, theses “sins” are no longer really applicable to us today. In other words, yes, they are sins in the Old Testament but today they really aren’t that sinful or perhaps not sins at all. Just like the dietary laws against eating certain foods given in Leviticus don’t apply to us today, neither do the laws against certain sins also found in the New Testament.

I want to also deal with the idea that even if it is a sin, then its just like any other sin and we shouldn’t preach or teach against it more than any other. This idea states that all sin is the same and has equal consequences or remedies. In other words, sin is sin, so quit emphasizing some and ignoring others.

This idea seeks to ignore the greater consequences of some sins which are not just a personal sin in my own life, but are also sins against society, communities and the institutions and foundations of civilization. These sins have a more profound effect on those around me and the society I am a part of.


Understanding The Law Then


All Law comes from God and is a revelation of His character and holiness.

Only One Law In Before the Fall (Garden of Eden)

Genesis 2:16-17 And the LORD God commanded the man, saying, Of every tree of the garden thou mayest freely eat:  But of the tree of the knowledge of good and evil, thou shalt not eat of it: for in the day that thou eatest thereof thou shalt surely die.

The Law Under the Noahic Covenant  (Mt. Ararat)

Genesis 9:1-6  And God blessed Noah and his sons, and said unto them, Be fruitful, and multiply, and replenish the earth. And the fear of you and the dread of you shall be upon every beast of the earth, and upon every fowl of the air, upon all that moveth [upon] the earth, and upon all the fishes of the sea; into your hand are they delivered. Every moving thing that liveth shall be meat for you; even as the green herb have I given you all things. But flesh with the life thereof, which is the blood thereof, shall ye not eat. And surely your blood of your lives will I require; at the hand of every beast will I require it, and at the hand of man; at the hand of  every man’s brother will I require the life of man. Whoso sheddeth man’s blood, by man shall his blood be shed: for in the image of God made he man. And you, be ye fruitful, and multiply; bring forth abundantly in the earth, and multiply therein.

The Law Under the Covenant of the Law (Mt. Sinai)

The Law Condensed To 10 Commandments

The Decalogue
4 Commands Concerning God
Thou shalt have no other gods before me.
Thou shalt not make unto thee any graven image
Thou shalt not take the name of the LORD thy God in vain
Remember the sabbath day, to keep it holy.

The Law Expanded With Examples

Exodus 21-23 Gives examples of how the law is expanded in specific cases.

Laws concerning fair treatment of a slave Exodus 21:2
Laws of a murder and manslaughter Exodus 21:12
Laws of injury to a pregnant woman Exodus 12:22
Law of punishment fitting the crime Exodus 12:24-25
Laws of liability Exodus 21:28
Laws of restitution Exodus 22

Leviticus expands the law even further and introduces laws the deal only with the nation of Israel as well as more about the moral law that applies to all mankind.

The Law and Covenant Repeated and Reaffirmed (Mt. Gerizim and Mt. Ebal)

Deuteronomy repeats the laws before the Hebrews go into the Promised Land and reminds the people of the Covenant they made with God on Mt. Sinai and now repeatd on Mt. Gerizim and Ebal “Choose You This Day.”

Deuteronomy 11:29  And it shall come to pass, when the LORD thy God hath brought thee in unto the land whither thou goest to possess it, that thou shalt put the blessing upon mount Gerizim, and the curse upon mount Ebal.

Deuteronomy 30:19  I call heaven and earth to record this day against you, that I have set before you life and death, blessing and cursing: therefore choose life, that both thou and thy seed may live:
The Law In Three Categories
In Leviticus and Deuteronomy, we clearly see that the law falls into three categories, the Moral, the Ceremonial and the Civil/ Judicial.

Some Laws Were Specifically given to Israel.
These are often preceded by the phrase, “Say to the Children of Israel”

The Three Types of Law In the Old Testament

Civil – These applied while Israel was a Theocracy or a Monarchy but did not apply directly to other nations, except as examples of justice, fairness and that which pleases God.  God never intended other nations to be theocracies or to have kings chosen by Him, therefore though we can learn from these as example they will not always fit all nations.
Justice practices (Lev. 24:17-23)
Law of property redemption (Lev. 25)
Be just with the poor, (Lev. 19:15)
Do not hate in your heart (Lev. 19:17)
Retain just scales in commerce (Lev. 19:35f)
Robbery, extortion, false witness, and restitution (Lev. 6:1-7)

Ceremonial – These laws were designed by God to show a separation from His nation Israel and the other nations of the world. These again were for Israel and in most instances were finished when Jesus came and fulfilled the law, keeping what we could not. Many of the dietary and ceremonial laws have passed into tradition and culture among the Jewish people today, but they do not apply to us as Christians.
Various sacrificial offerings for sin (Lev. 1,2,3, 4, 5, 6)
Priestly duties (Lev. 7:1-37)
Laws on animals for food (Lev. 11:1-47)
Cleaning house of leper (Lev. 14:33-57)
Law of Atonement (Lev. 16:1-28;17:1-16)
Regulations for Priests (Lev. 21,22)
Festivals (Lev. 23:1-25)

Moral – The moral law preceded all the covenants of God and was part of the creation of man. Paul says it is written into our hearts. These laws apply across all peoples, nations and times. They show us the holiness of God and the sinfulness of man. They condemn us as sinners and show us that we need a savior. They also form the basis of all good laws of all peoples.
Do not steal or lie (Lev. 19:11)
Do not oppress your neighbor (Lev. 19:13)
No idolatry (Lev. 26:1-13)
Don't sacrifice children to Molech (Lev. 20:1-5)
Don't commit adultery, incest, bestiality, homosexuality, etc. (Lev. 20:9-21)
You shall love your neighbor as yourself (Lev. 19:18)

The laws which deal with what is clean and unclean, the foods the Israelites could and could not eat, or the clothes they could or could not wear, all fall under the ceremonial laws, the laws that separated Israel from the other nations. These laws, though they may have insight into God’s desire for a separated people, contagious diseases, and healthy or unhealthy food, were finished when Jesus came to earth.

Jesus stated it in Mark 7:14-23
And when he had called all the people unto him, he said unto them, Hearken unto me every one of you, and understand:  There is nothing from without a man, that entering into him can defile him: but the things which come out of him, those are they that defile the man.  If any man have ears to hear, let him hear.  And when he was entered into the house from the people, his disciples asked him concerning the parable.  And he saith unto them, Are ye so without understanding also? Do ye not perceive, that whatsoever thing from without entereth into the man, it cannot defile him;  Because it entereth not into his heart, but into the belly, and goeth out into the draught, purging all meats?  And he said, That which cometh out of the man, that defileth the man.  For from within, out of the heart of men, proceed evil thoughts, adulteries, fornications, murders,  Thefts, covetousness, wickedness, deceit, lasciviousness, an evil eye, blasphemy, pride, foolishness:  All these evil things come from within, and defile the man.

It was repeated in Acts 10:9-16
On the morrow, as they went on their journey, and drew nigh unto the city, Peter went up upon the housetop to pray about the sixth hour:  And he became very hungry, and would have eaten: but while they made ready, he fell into a trance,  And saw heaven opened, and a certain vessel descending unto him, as it had been a great sheet knit at the four corners, and let down to the earth:  Wherein were all manner of fourfooted beasts of the earth, and wild beasts, and creeping things, and fowls of the air.  And there came a voice to him, Rise, Peter; kill, and eat.  But Peter said, Not so, Lord; for I have never eaten any thing that is common or unclean.  And the voice spake unto him again the second time, What God hath cleansed, that call not thou common.   This was done thrice: and the vessel was received up again into heaven.

1 Timothy 1:8-11
But we know that the law is good, if a man use it lawfully;  Knowing this, that the law is not made for a righteous man, but for the lawless and disobedient, for the ungodly and for sinners, for unholy and profane, for murderers of fathers and murderers of mothers, for manslayers,  For whoremongers, for them that defile themselves with mankind, for menstealers, for liars, for perjured persons, and if there be any other thing that is contrary to sound doctrine;  According to the glorious gospel of the blessed God, which was committed to my trust.

Comparison of the moral law in the Ten Commandments and Paul’s list in 1 Timothy 1:9

Once again, we see that understanding God’s Word requires us to put it in context. In this case the context is mankind in the Old Testament, Israel in the Old Testament and Christians in the New Testament. By doing this we see that some laws were specifically to Israel while others have been with us since creation. The moral law, which is reconfirmed as applying to all of us in the New Testament, can never can be ignored lest we lose our humanity and become reprobate and like the animals.