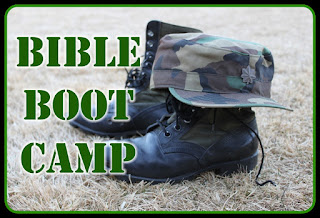 Luke  11:1. And it came to pass, that, as he was praying in a certain place, when he ceased, one of his disciples said unto him, Lord, teach us to pray, as John also taught his disciples.

Have you ever placed yourself among the disciples that asked this question?  What an opportunity, to ask Jesus the best way to pray!  If anyone would know how to reach the Father it would be the only begotten son, Jesus Christ.
We were not there in person to ask the Master to teach us to pray but thanks to the Holy Spirit's work through Luke and the other gospel writers we can still learn the same lessons about prayer Jesus taught his first disciples.   And there is nothing lost in the translation, either, God's word is as pure and right in the Bible you hold as it was in the ears of those who listened to Him almost 2000 years ago.
So, are you willing to learn from Jesus Himself?  Are you willing to listen with an open mind and open heart as the Holy Spirit reshapes our conceptions of prayer and deepens the relationship between God and his people through prayer.

Luke 11:2  And he said unto them, When ye pray, say, Our Father which art in heaven, Hallowed be thy name. Thy kingdom come. Thy will be done, as in heaven, so in earth. 3  Give us day by day our daily bread. 4  And forgive us our sins; for we also forgive every one that is indebted to us. And lead us not into temptation; but deliver us from evil.

Let's begin by looking at the model for prayer that Jesus gave to his disciples. Technically, this is not the Lord's prayer. He did not pray it to His Father. The Lord's Prayer is really found in John 17, when Jesus prays in the Garden of Gethsemane. This prayer is really a platform or framework upon which we should build our own personal prayers.  It is very simple in construction, as any framework should be.  It leaves room for us to raise up our own places of prayer where can we meet with God.

Relation: To the Father from His Child

Our Father which art in heaven

Look at the beginning of the prayer.  What is the first thing you notice, Who is the prayer to?   The prayer is to Our Father in Heaven.  Jesus used a child's word for father, equivalent to our "daddy" it is the same word used in Romans 8:15 "Abba, Father".

What does this tell us about the relationship of those who pray?
They must be children of God, they must be saved.  It also tells us that in prayer we are to understand God as our Father, a very personal, intimate relationship.

So, how do you think of God when you approach Him in Prayer?
Do your prayers reflect an understanding of who God is to you?  Do they have warmth and intimacy or do they sound somewhat distant or routine?

Would you talk to your earthly father in the same way you pray to your Heavenly Father?

What are some ways in which my prayers should change and deepen along with my understanding of God as my Father?

Our Father which art in heaven, Hallowed be thy name.

The next phrase brings us another portion of the platform upon which to build, yet it is often the most undeveloped part of modern prayer.
Jesus in his model prayer said, "Hallowed be Thy name."  What does this mean?
The word "Hallowed" is the verb form of the word holy.  In the case of the model prayer is an acknowledgment of the holiness, the sanctity of God's name and thereby God Himself.  The phrase in this abbreviated model is a place for worship and praise to the One we are praying to.
In our own house of prayer this room is often absent or very empty.  We are so eager or programmed to ask things from God in prayer that we neglect time spent with God in prayer.   To praise God during our prayer is to honor Him, commune with Him, and render to Him what is due as the Creator of the Universe and the only one who can intervene in time and space to help us.
Let's look at some examples of prayers from the great men of the Bible and mark how their prayers are filled with praise and worship.

Submission: to God's Rule and Will

Thy kingdom come. Thy will be done, as in heaven, so in earth.

The next part of the model prayer deals with submission.  Jesus constructed it in two sections, God's Kingdom and God's Will.
"Thy kingdom come" had a very real and obvious meaning to the disciples of Jesus. The prophets had promised a kingdom of God ruled by the Messiah. God's kingdom was first and foremost that promised kingdom. It was not established yet or Jesus would not have told them to pray for it to come. It was however; on it's way and would someday be established over all the earth with Jesus Christ as King. This petition would fill the Roman dominated Israelite with hope as he endured the rule of another. For us this is a place of both petition for a future reality and a present attitude.
When I pray is there a place in my prayer for the return of Jesus to establish his kingdom? Is there an attitude of hope that permeates my prayer because I look for this to happen? Do I realize that no matter how difficult it may be now, under the rule of Satan in this world, that someday Jesus will reign and all will be right?
Next Jesus told the disciples to pray, "Thy will be done, in earth as it is in heaven." "In heaven" is the qualifying statement for describing how God's will was to be done. In heaven, uncountable armies of angels carry out God’s will instantaneously. Since angels aren't earthly creatures, who is to do God's will here?
If I add this room to my prayers, how will it change my prayers?  How will it change my life?

Give us day by day our daily bread.

The next phrase asks God for daily bread.  Certainly this includes our food which ultimately comes from God, but within the framework of this model prayer it goes much further.
Bread was the "staff of life."  It was the most important part of the Middle Eastern diet.  Meat, fresh vegetables and fruit were luxuries at most tables, but bread meant they would live another day.
"Daily bread" to us then is that which is necessary to sustain our lives each day.  It means we stand upon the promises of God to care for his children and provide for their needs.  It does not presume upon tomorrow except to believe that God will as always provide for us once we are there.
This room is not a license to ask for the luxuries of life, it is an affirmation of God's promise for the necessities of life.  It is praying from faith not want. It is recognizing that it is God who must supply life itself.  It is the realization that but for God I would not draw another breath or my heart go on one more beat.
Look at the following verses in which God gave the first daily bread to his people of the Exodus.

What was the lesson of the manna to the Israelites?

What is the lesson of the manna to us? (Notice what Moses said in Deut 8:3.)

Reconciliation: Repentance toward God and Forgiveness of Others

And forgive us our sins; for we also forgive every one that is indebted to us.

Now Jesus instructs that each prayer should have a place in which forgiveness is asked from God and because of that forgiveness we also forgive those who have sinned against us.
Very few prayers omit asking for forgiveness but few include granting it.  It should be noted that forgiveness is given by God based upon what Jesus has done.  No work or righteousness which we do can has redeeming merit from God.  Yet we must not ignore the fact that these two acts of forgiveness are tied together.  It should be impossible to us, who have been forgiven all our sin through Jesus Christ, to be unable to forgive someone else a hurt or an offense.

What is the lesson to be learned from this parable?

After I have experience the new birth, forgiveness from God may be hindered if I cannot forgive others.  It is sinful to harbor feelings of resentment and bitterness toward another when God willing forgave me and made me his child.   What offense could be greater than my rebellion against God that caused His own Son to die on the cross?

Humiliation: a Cry for Deliverance

And lead us not into temptation; but deliver us from evil.

The final phrase that the disciples were instructed to pray dealt with temptation and deliverance from that temptation.  The word temptation can mean both temptation to sin and a testing.  Indeed a temptation to sin is a test of a moral kind.  Jesus is not however saying that God tempts man to sin.  Read James 1:13 James plain shows that God does not tempt the way Satan tempts.
The model prayer expresses an attitude; it began in petitioning God for His kingdom to come and proceeds with our submission to his will.  Now within that submission to whatever God brings into our life, we turn to the One into whose hand our entire being has been placed and ask Him to remember that we are human and dependent upon Him.
“Lord, Keep us from temptation for we are weak, and easily swayed.”  This room in the prayer is one of humility that is entered from the previous room of submission to God.

I believe Paul is operating in this attitude when he wrote
1 Cor. 10:13   There hath no temptation taken you but such as is common to man: but God [is] faithful, who will not suffer you to be tempted above that ye are able; but will with the temptation also make a way to escape, that ye may be able to bear [it].

What is the way of escape?  (Read John 14:6)
Please notice Jesus words in John 14:6 "Jesus saith unto him, I am the way, the truth, and the life: no man cometh unto the Father, but by me." Temptation is not avoided by looking for another door or path to take around it, it is overcome by The Way just as salvation was in Him so all of our spiritual battles must be overcome through and only through Him.

Without humility my prayer is a sham.  I must recognize that I am incapable of anything unless God intervenes to keep me from evil.  Humility is not weakness, it fact true humility is the key to real strength.  For God's strength is not given to the proud but only to the lowly.  His strength is mine when I realize my own weakness.
Posted by D. Kris Minefee at 8:20 AM